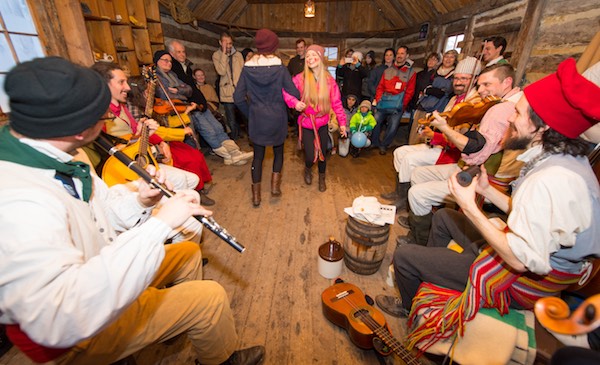 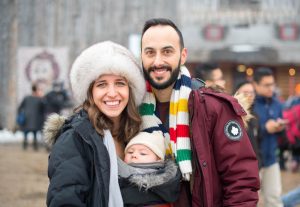 This year’s focus for Festival du Voyageur is families, with children 12 and under admitted free and an increase in entertainment for a younger crowd. (HANDOUT)

WINNIPEG — Festival du Voyageur has always been family-friendly, but organizers are doubling down on all-ages entertainment this year to mark the 49th edition of western Canada’s largest outdoor winter festival.

The 2018 lineup was unveiled Tuesday at Fort Gibraltar, setting the stage for what visitors can expect next month.

“We want to encourage parents, grandparents, aunts, uncles and others with children in their lives to attend the festival as a family.”

Children 12 and under are now free into Voyageur Park — a change made from previous years where only those five and under had waived admission.

Snowshoeing, sleigh rides, the outdoor playground are all back this year, including two heated tents with children’s entertainment, family-friendly dance parties with DJ K Chedda, circus workshops with Mr. Circus, and a crafting in partnership with Art City.

If you’re a big kid, more than 150 world-class international and local artists will fill the rest of the entertainment lineup over 10 days. Performers include Klô Pelgag, Faouzia, Justin Towns Earle, Madeleine Roger, Royal Canoe, Attica Riots, 3PEAT, and many more.

Also returning this year will be the International Snow Sculpting Symposium featuring teams from Germany, France, Netherlands, Saskatchewan, Ontario and Manitoba. Ice carving demonstrations are scheduled at the Rendez-vous on Ice, and the Wood Carving Challenge is back, featuring chainsaw carvers from across Canada, including stars of HGTV’s “Carver Kings” and OLN’s “Sawdogs.”