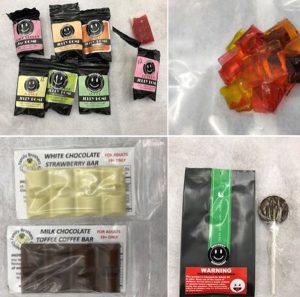 Police say Winnipeg Compassion Club operated two locations, one on McPhillips Street and the other on south Pembina Highway.

The dispensaries both openly sold marijuana to customers, which police say can often contain contaminants which can pose significant health risks.

Officers seized approximately $25,000 worth of marijuana in alternate forms and $6,000 in cash. Officers also found a number of items that would be tempting for young children to consume.

Three men, aged 27, 28 and 45, face numerous charges. They were released on promises to appear.

On its Facebook page, Winnipeg Compassion Club instructed customers to use a website to order marijuana through the mail since the stores have closed.