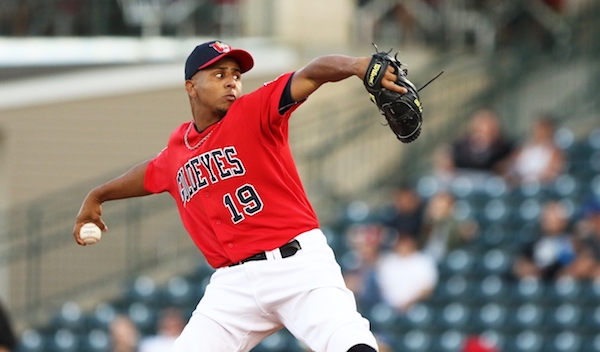 The Winnipeg Goldeyes have re-signed right-handed pitcher Charle Rosario to the 2018 roster.

The 29-year-old veteran ranked prominently on the American Association leaderboards in 2017, finishing tied for fourth in wins (11), tied for seventh in ERA (3.06), second in innings pitched (158.2), and second in strikeouts (132).

“I’m pleased to have Charle back in the rotation,” said Goldeyes’ manager Rick Forney. “Charle is coming off a very strong season statistically, and I’m hoping he can pick up where he left off.”

The Goldeyes now have eight players under contract for the 2018 season. American Association clubs may carry up to 28 players during spring training, which begins May 6.