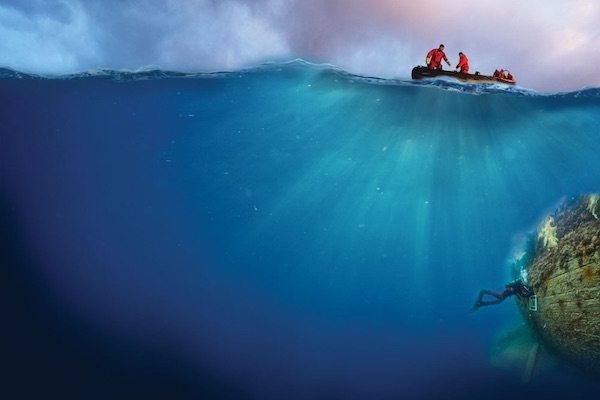 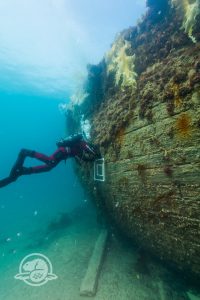 Marc-André Bernier setting a marine biology sampling quadrant on the port side of the HMS Erebus hull. (PARKS CANADA)

WINNIPEG — A scale model of the Franklin Expedition’s HMS Erebus will soon be on display at the Manitoba Museum.

The 1:40 scale model tells the story of Sir John Franklin‘s journey once he set sail from England in 1845 with two ships, HMS Erebus and HMS Terror, in search of a Northwest Passage across what is now Canada’s Arctic.

“Visitors are invited to come and see the model of the wreck site and learn more about this fascinating story that has sparked the imagination and become a touchstone in Canadian history,” said Claudette Leclerc, executive director and CEO of the Manitoba Museum.

The model representing the wreck of HMS Erebus appears just as Parks Canada underwater archaeologists first saw it on September 2, 2014.

The actual wreck sits on the seabed only 10 metres below the surface. The ship’s hull is almost completely intact, although the stern has been crushed and some of the upper deck has collapsed near the bow. This model is the result of close collaboration between the Parks Canada Underwater Archaeology Team and expert model maker Fred Werthman, and is based on the original ship plans as well as the detailed records from the current research.

The model will be on display in the museum’s Arctic/Sub-Arctic Gallery between January 26 and March 21, 2018.