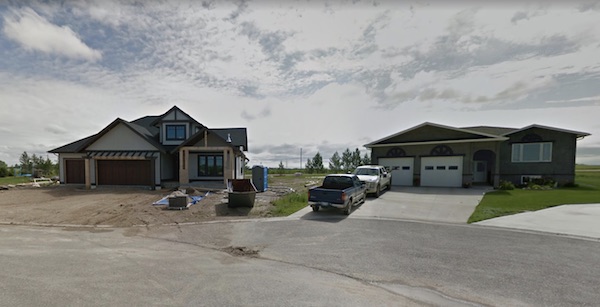 Neepawa is in an enviable position, it has been experiencing a housing shortage for much of the last decade. While this shortage has added value to the town’s housing stock, it has also created challenges, as new residents struggle to find places to live.

When I moved to the Neepawa area in 2006, it wasn’t unusual to find single family homes for sale around $60,000. Those sorts of prices don’t exist anymore and good luck finding a detached home for less than twice that price.

Though it never went away, the issue is once again front and centre. On December 18, a homeowner appeared before Neepawa council with a request for a conditional use permit to allow for a boarding house. The home is located on Whitmore Crescent, in a residential area at the north end of town. The meeting drew a capacity crowd — a rarity for a council meeting — of people mostly opposed to the proposed change.

The house is owned by Trimac, an Ontario-based company, which is doing some work as part of HyLife’s plant expansion. The company wanted to use the building to house seven of their employees while they completed the work, but this is more residents than are allowed under the property’s current zoning.

Neighbours opposed the request, with much of the opposition focused on the precedent it would create for allowing boarding houses in the future. Some also expressed concern over a potential decline in property values and increased noise and traffic. In this case, Trimac representatives said that there would only be two company vehicles on the property and that the residents were all family men and no noise concerns were expected.

As part of a conditional use permit, council can decide the circumstances under which higher density housing can exist. This includes limiting how many vehicles can be parked on the property or setting a date at which the order expires. In this case, council ultimately voted to reject the conditional use request.

I understand the concerns of neighbouring property owners — I live out in the country and am not in a strong position to tell people that they need to accept higher density housing — but this is an example of what happens without a strategy to deal with an excess demand for housing.

Because there is no plan in place and piecemeal requests face strong opposition from neighbours, meeting the housing needs of the community’s growing population has been pushed underground, something which benefits no one.

While legally approved higher density living arrangements meet both fire and building codes, illegal suites don’t always and there are no inspections to ensure that they do. With a shortage of housing, tenants often don’t want to leave and have little incentive to report unsafe suites to the municipality, planning district or Office of the Fire Commissioner. But tenants aren’t the only ones at a disadvantage because these buildings are taxed as though they were single family residences, municipalities miss out on the higher tax revenue associated with a multi-family home and swallow the costs of higher infrastructure use.

Other towns and cities have faced this challenge and there’s much to be learned from their experiences. Ignoring the housing problem hasn’t made it go away and continued expansion at HyLife, and the new businesses popping up to serve a growing population, mean it won’t. Neepawa needs to come up with a solution and it needn’t necessarily be new construction, though there is a demand for that. Whether it’s a plan outlining areas in which higher density housing is allowed and can be fast-tracked, or a better understanding and use of conditional use permits, this problem needs to be brought out into the open, for everyone’s benefit.