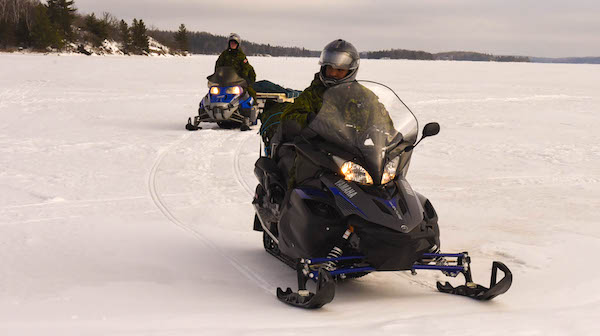 Army reservists from Manitoba, Saskatchewan and Northwestern Ontario hit the ground over the weekend for Arctic training.

Standing in for the sub-zero temperatures was Kenora, Ontario, acting as the base for 70 Canadian Armed Forces (CAF) members participating in Exercise FIRST RUN.

The training is a gateway exercise for soldiers with 38 Canadian Brigade Group’s Arctic Response Company Group (ARCG) before deploying to Nunavut for Operation NUNALIVUT this March. 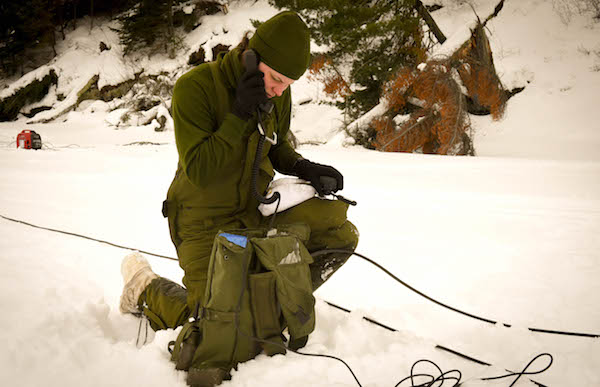 During weekend training, soldiers deployed out on Lake of the Woods took part in several ground search and rescue scenarios. One scenario included evacuating a notionally injured soldier off the lake for medical attention. These scenarios provide challenging and realistic training, allowing soldiers to gain experience prior to deploying on operations in the North. During this scenario, soldiers worked with two volunteers from Lake of the Woods Search and Rescue group, out of Kenora, Ont. on January 20, 2018. (CPL NATASHA TERSIGNI, 38 CANADIAN BRIGADE GROUP PUBLIC AFFAIRS)

“Exercise FIRST RUN prepares our soldiers and gives them some of the basic skills they require when they go north of 60,” said the exercise’s Commanding Officer Lieutenant-Colonel David Fraser.

“Kenora and Lake of the Woods was chosen because it has fairly complex terrain and varied terrain. Unlike a lot of the areas we have deployed to in the past, which was open and a tundra landscape, Kenora has many more obstacles such as islands as well as challenging elevations.”

Fraser says the terrain also helps reservists prepare for their 2019 operations that are being planned to take place in the Yukon.

While the bulk of the training took place over the last three days, regular force members from 2nd Battalion, Princess Patricia’s Canadian Light Infantry (2 PPCLI) and volunteers with Lake of the Woods Search and Rescue are participating in additional winter training until January 26.