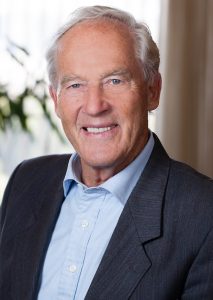 Three Winnipeggers will be invested into the Order of Canada during a ceremony in Ottawa on Wednesday.

Paul Albrechtsen, Judith Bartlett and Tracy Dahl will attend Rideau Hall to be recognized for their accomplishments by Governor General Julie Payette.

Albrechtsen is the president and CEO of Paul’s Hauling, a trucking company established 60 years ago when Albrechtsen arrived in Canada from Denmark. The businessman and philanthropic leader has supported numerous community projects and organizations of the years, such as St. Boniface Hospital, the Reh-Fit Centre, Assiniboine Park Conservancy and the United Way of Winnipeg.

Bartlett is one of the first Indigenous people to graduate from the medical program at the University of Manitoba. She is known for making contributions to public health and was instrumental in establishing the Aboriginal Health and Wellness Centre in Winnipeg. Bartlett is also a university professor, researcher and mentor.

Dahl is a world-renowned coloratura soprano on Canada’s operatic scene. Acclaimed for her clear, high and flexible voice and her theatrical sensitivities, she has performed with many of the world’s most prestigious opera companies as well as with every major Canadian orchestra.