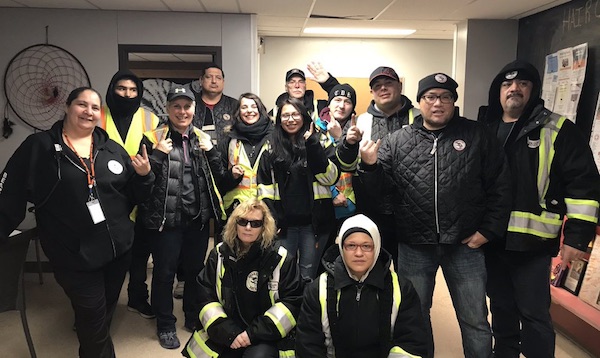 The Bear Clan Patrol is one of several recipients to receive new funding from the City of Winnipeg. (TWITTER)

New funding announced by the City of Winnipeg on Tuesday will enhance foot patrol programs to increase safety in the core, while also tackling litter and graffiti removal.

The city is investing $30,000 in each of the foot patrol programs operated by the Downtown Winnipeg BIZ, the West End BIZ, and the Exchange District BIZ. An additional $90,000 will go to Take Pride Winnipeg to support litter cessation, graffiti control and their mural program.

“As well, these safety patrols provide a critical link between residents and the police, are an invaluable resource in providing conflict resolution support, and are a reassuring presence for many residents.”

The city is also providing the Bear Clan Patrol $13,359 to purchase radios, cellular phones, and an automated external defibrillator (AED) to support their efforts to expand into Winnipeg’s West End neighbourhood.

Bowman says the Bear Clan Patrol is an inclusive movement making an important contribution to the city.

The $193,359 is new funding is coming from the city’s Civic Initiatives Fund.