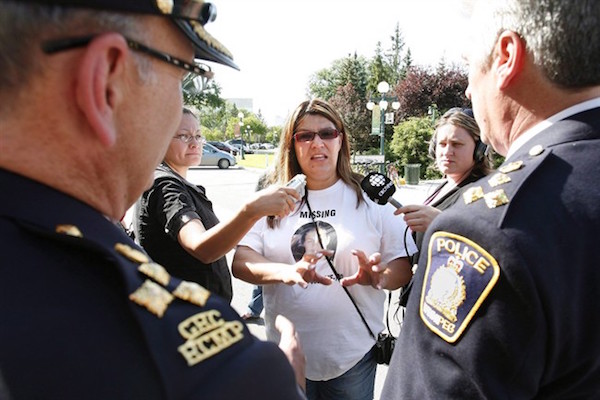 Bernadette Smith, the sister of Claudette Osborne who has been missing since 2008, speaks to Winnipeg Police Chief Keith McCaskill, right, after a press conference outside the Manitoba Legislature in Winnipeg Wednesday, August 26, 2009 as RCMP Assistant Commissioner Bill Robinson, left, looks on. (THE CANADIAN PRESS/John Woods) 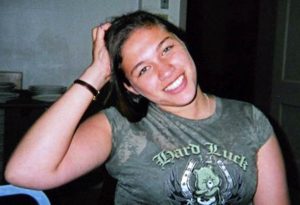 WINNIPEG — The family of Claudette Osborne-Tyo will commemorate the nine-and-a-half-year mark of her disappearance with a vigil tonight.

Osborne-Tyo, 21, was last seen July 25, 2008 while using a payphone in the city’s North End in the area of Selkirk Avenue and King Street.

“She is still missing and our family will never give up searching or raising awareness about her disappearance,” said Bernadette Smith, Claudette’s sister and Manitoba MLA for the Point Douglas.

The vigil will be attended by family members, supporters and advocates of Missing and Murdered Indigenous Women and Girls (MMIWG) beginning at 6 p.m. where Osborne-Tyo was last seen.

“Somebody knows something. Do the right thing and help our family bring her home,” Smith added.

Following tonight’s vigil, a community feast will be held in Claudette’s name at the Indian and Métis Friendship Centre’s Drop-In Centre at 45 Robinson Street.