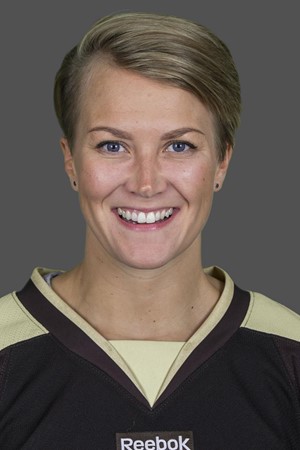 WINNIPEG — Manitoba Bisons hockey forward Venla Hovi will appear at the Olympics for the third time to represent her homeland.

The 30-year-old was named to the Olympic women’s hockey team for Finland at the 2018 Winter Olympic Games in PyeongChang, South Korea.

Hovi represented her country at the 2010 Vancouver Olympics — winning a bronze medal — as well as at the 2014 Sochi Olympics, where the team finished fifth.

“The amount she has taken on and the sacrifices she has made are impressive and our players, staff and entire Bison program are very proud of her.”

The 4th-year Tampere, Finland native would be available to play for the Bisons after the 2018 Olympics are complete.

The Olympic Winter Games in PyeongChang are February 9-25.