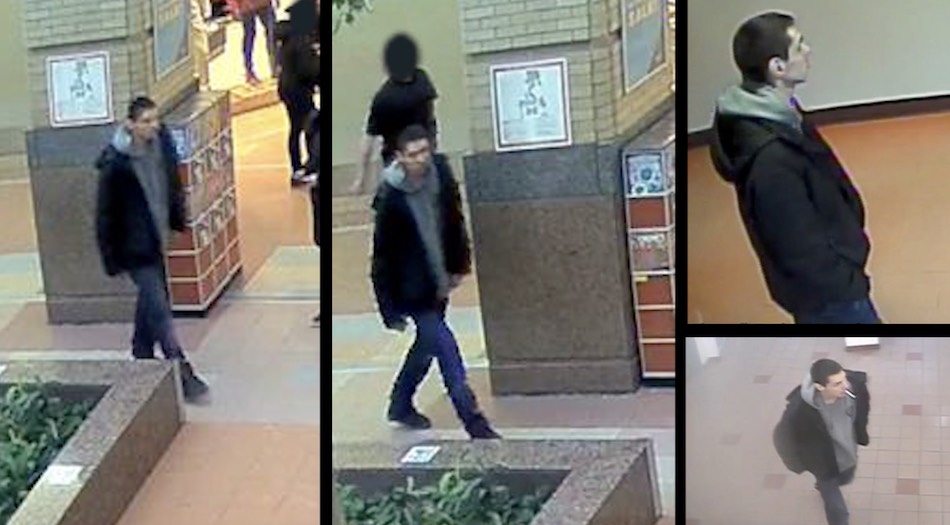 The suspect Winnipeg police were looking for in an assault and robbery outside of Portage Place on Tuesday has been arrested. (WPS / HANDOUT) 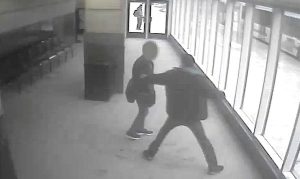 The suspect (right) attacked the victim inside of a bus shelter at the mall. (WPS / HANDOUT)

WINNIPEG — The suspect in a brutal attack on a 17-year-old boy outside of Portage Place Shopping Centre on Tuesday is now in police custody.

Police say the attack was non-provoked and caused severe facial injuries to the teen victim, who was waiting in a bus shelter at around 10:30 a.m. He was treated and released in hospital, but will require further medical treatment.

Police say the same suspect was responsible for damaging a window of a car on Wednesday afternoon in the 2300 block of McPhillips Street. He then approached a vehicle being parked and forced the 56-year-old male driver out before driving away in the same vehicle.

It was later found abandoned in Gimli, Manitoba and a pickup truck was stolen from the same location.

Officers were alerted later in the evening that the same truck had stopped for fuel in the 5000 block of Portage Avenue and fled without the driver paying. Police spotted the vehicle at around 9:30 p.m. in the area of Portage Avenue and Maryland Street and began to follow it. Air 1 was called in to provide aerial support as the truck began to increase speed. Stop sticks placed on the ground punctured the truck’s tires, but it continued to drive and became stuck in traffic near Portage Avenue and Broadway. As officers approached, the suspect turned the vehicle towards them, forcing one of them to jump out of the way.

The truck was safely stopped in the 1900 block of Portage Avenue at around 9:51 p.m.

Police say the vehicle was involved in three minor accidents during the spree, but no one was injured.