Home » Columns » Canadians and Their Unapologetic Empathy for Being Sorry

Canadians and Their Unapologetic Empathy for Being Sorry 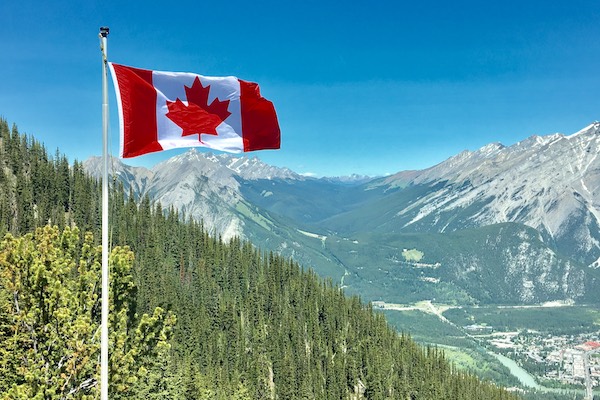 So ingrained in the Canadian psyche is politeness, that when Canadian Geographic and The Walrus joined forces to put together “The Story of Canada in 150 Objects,” “politeness” was ranked number one.

For the most part, we are proud of this defining Canadian feature. We are proud of our international peacekeeping work and our perpetually high status in international rankings of the friendliest countries. Many Canadians take this trait seriously, we smile with glee when another survey comes out ranking us among the “nicest” countries in the world.

Our friendly status extends into cyberspace as well. A recent study by two PhD candidates at McMaster University in Ontario found that Canadians were much more positive than our neighbours to the south. They looked at the most commonly used words in more than three million tweets that were geotagged as being from either Canada or the U.S., from February to October 2015. Aside from the names of popular sports teams, Canadians’ most frequently used words included “great,” “amazing,” “beautiful” and “favourite.” And of course “hockey” and “eh.” How about the Americans? Most of their most commonly used words can’t actually be printed, but the ones that can include “hate,” “hell,” “tired,” hurt” and “annoying.” Yet another opportunity to feel smug about our niceness.

There are a few theories to explain Canadians’ niceness. One, put forward by Nelson Wiseman, director of Canadian Studies at the University of Toronto, is that it’s due to Canada’s long history of being ruled by centralized regimes, starting with the French and British. Along those lines is also the fragment theory, which argues that colonial nations are composed of fragments from the nations that colonized them. In Canada, the values and characteristics of the early European settlers, and in particular the conservative British immigrants, shaped Canadian culture.

Then there is the idea of necessity, put forward in the humorous how-to-guide, “How to be a Canadian: Even if you already are one.” It argues that Canadians must be polite to one another because you never know when you might need your neighbour’s help when you’re stranded in the middle of a blizzard.

Americans seldom have to overcome their differences and unite against the weather and while Canada was founded by an international corporation and then a bunch of conservative Europeans, the United States has a strong and celebrated heritage of individualism and rebellion. Indeed, to a certain degree, Canadians’ perceived niceness is also a matter of being compared to Americans. If we were neighbours with, say Finland, it wouldn’t be such a unique trait.

At the end of the day, Canadians’ niceness is a stereotype. While it’s rooted in some truth, and perhaps some national branding, we know it’s not entirely true; we’ve all seen our fellow Canadians cut in line, honk at slow moving vehicles and berate some poor sales clerk.

The “nice Canadian” is an image that has served us well over the past 150 years. In a world of increasing fracture and animosity, will it become a liability to be exploited by bullies, or an asset to make us a shining beacon in a dark world? Only time will tell.