Winter Storm to Pack a Punch in Manitoba on Tuesday 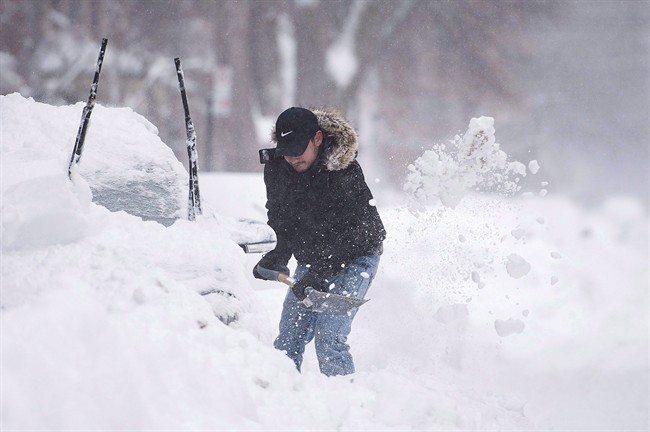 A winter weather system will roar into Manitoba Tuesday, bringing with it a storm promised to bring several centimetres of snow throughout the province.

West-central regions of Manitoba appear to be on track to receive the brunt of the system, which is originating in Alberta and tracking eastward from Saskatchewan. The Pas and Interlake regions are under snowfall warnings, where accumulation is said to be between 10-20 centimetres.

Winnipeg is expected to see about five centimetres throughout the day. Wind gusts will be 30-50 km/h south, increasing to 70-80 km/h later in the afternoon.

A blowing snow advisory has also been issued, stating, “travel is expected to be hazardous due to reduced visibility in some locations. Consider postponing non-essential travel until conditions improve.”

Cooler weather conditions will follow for the rest of the week once the storm departs the province.