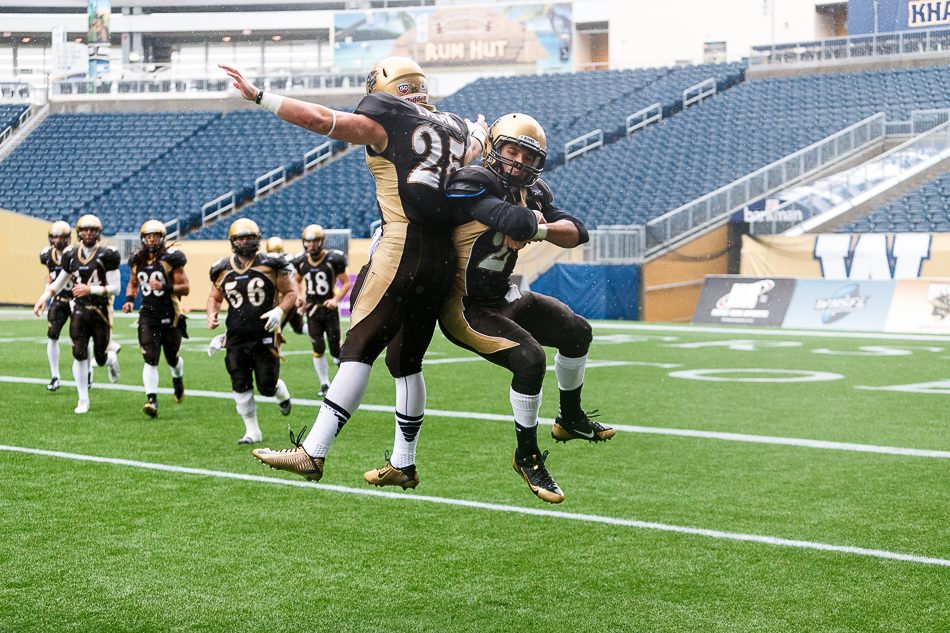 Running back Kienan LaFrance was released by the Saskatchewan Roughriders on Thursday.

The Winnipeg native ran for 273 yards and two TDs on 68 carries (4.01-yard average) in 13 games last year, his first with Saskatchewan. The former Manitoba star joined the Riders as a free agent.

LaFrance spent his first two CFL seasons with Ottawa, rushing for 180 yards on 43 carries combined (4.2 yards per carry). But in snowy conditions, he ran for 157 yards and a TD on 25 carries in leading the Redblacks past Edmonton 35-23 in the 2016 East Division final.

Ottawa would go on to beat the Calgary Stampeders in the Grey Cup.