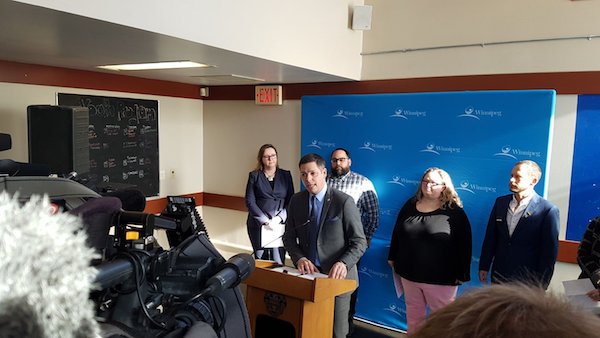 The Winnipeg Foundation is donating $30,000 toward the initiative.

The plan is being targeted to those underserved in the city’s shelter system, such as youth, women and the LGBT2SQ community.

Part of the funding will be directed to the West End 24 Safe Space for Youth (WE-24), which operates during the day but not at night on non-school nights. The Spence Neighbourhood Association will run the shelter seven nights a week until March 31, 2018.

“While this is only a short-term strategy aimed at filling a need for this winter, I am hopeful this will help inform the development of the long-term strategy which will aim to make more spaces available during extreme cold weather,” Mayor Brian Bowman said.

The city says the Rainbow Resource Centre and West Central Women’s Resource Centre are working to open a second site that will serve both women and the LGBT2SQ community and will be open overnights only.

The community groups will launch a public awareness campaign to spread the word of their extended hours this winter.

The short-term strategy will help shape the eventual long-term plan in the future.