Pitcher Edwin Carl Back with Goldeyes for Fourth Season 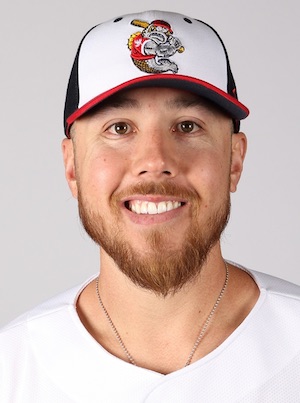 The Winnipeg Goldeyes have locked up pitcher Edwin Carl for a fourth season.

The hard-throwing right-hander, 29, is tied for fifth in franchise history in career wins (25), second in winning percentage (.694), fifth in strikeouts (280), and first in postseason wins (5).

“Edwin showed up big time in the postseason last year, and really competed at a high level in some big situations,” said Goldeyes manager Rick Forney.

“He’s got a power arm, and it’s hard to find starting pitchers like him who can go out every fifth day and throw 92, 93, 94 (miles per hour). He’s been really reliable and durable, and hopefully, he can come back and be even better than he was last year.”

In a separate move, the Goldeyes traded left-handed pitcher Evan Rutckyj to the Can-Am League’s Ottawa Champions in exchange for a player to be named later.