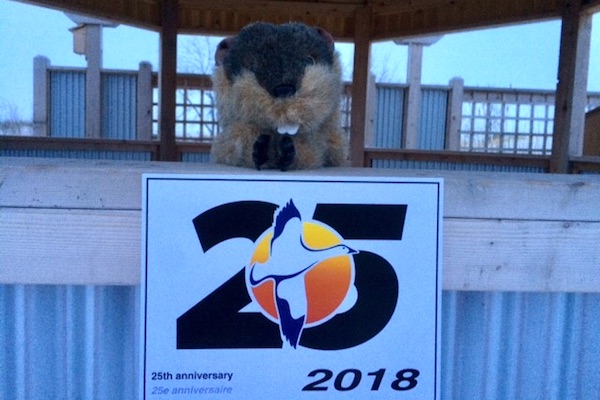 WINNIPEG — Manitobans are in for an early spring according to one stuffed rodent. Or six more weeks of winter, depending on your source.

Manitoba Merv popped out of his den Friday to make his Groundhog Day prediction at Oak Hammock Marsh Interpretive Centre. He looked around briefly, but failed to see his shadow.

“Our little plush weather forecaster’s track record is surprisingly quite accurate. For the past 24 years, Merv has correctly predicted the arrival of spring and only made one mistake,” said Jacques Bourgeois of Oak Hammock Marsh.

The Marsh is also marking Friday as World Wetlands Day, in which world leaders signed a document on February 2, 1971 in Ramsar, Iran to ensure the conservation and wise use of wetlands of international importance and their biodiversity, including water resources. Oak Hammock Marsh was officially designated as a Ramsar Site in 1987.

Over at FortWhyte Alive, Winnipeg Wyn predicted six more weeks of dreaded winter. But despite her unfavourable call, staff still treated her with a snack. 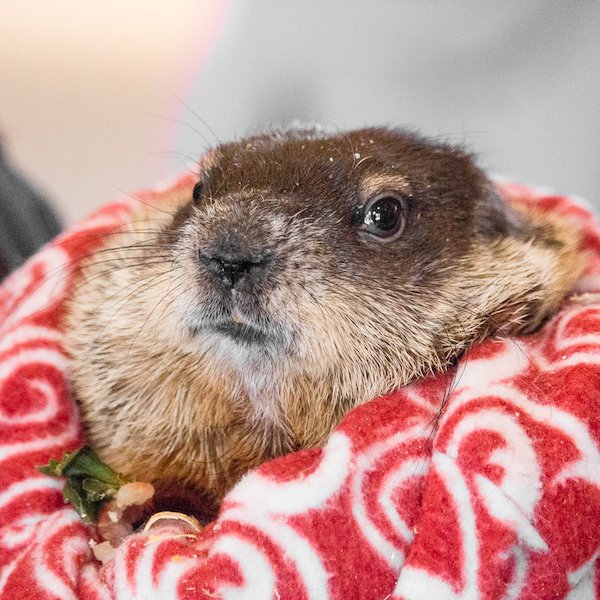 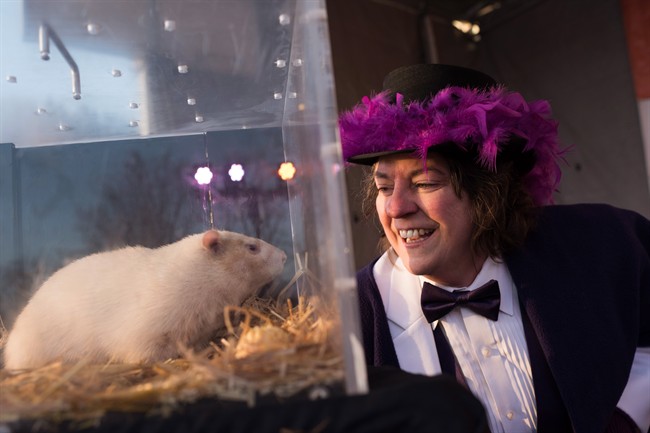