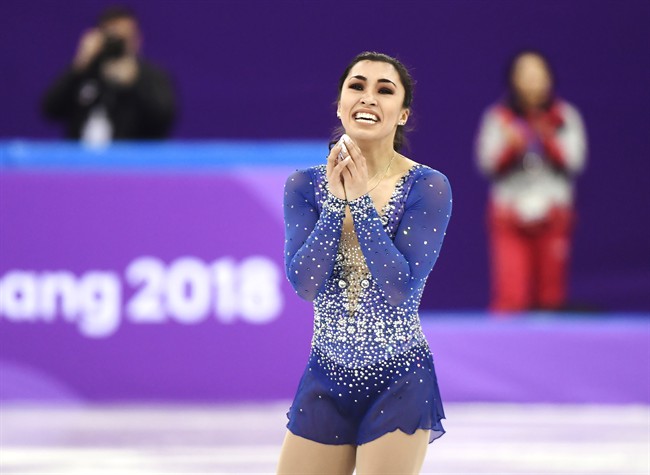 Gabrielle Daleman of Newmarket, Ont., clinched the top spot in the team figure skating competition after finishing third in the women’s free skate on Monday, before teammates Tessa Virtue and Scott Moir won the ice dance segment of the event.

Olympic Athletes from Russia were second at 58 and the United States was third with 53. Daleman’s performance clinched gold because neither Russia or the U.S. could catch the Canadians once Virtue and Moir stepped on the ice.

Although the Canadian ice dancers could have taken it easy with gold a sure thing, Virtue and Moir put in a beautiful performance, taking the top spot in the free dance with 118.10 points. That brought the Canadians final score up to 73, well ahead of the competition.

Canada’s gold medal was set up by three-time world champion Patrick Chan earlier in the day. He placed first with a score of 179.75 in the men’s free program, keeping the veteran Canadian team in first place and setting the stage for Daleman.