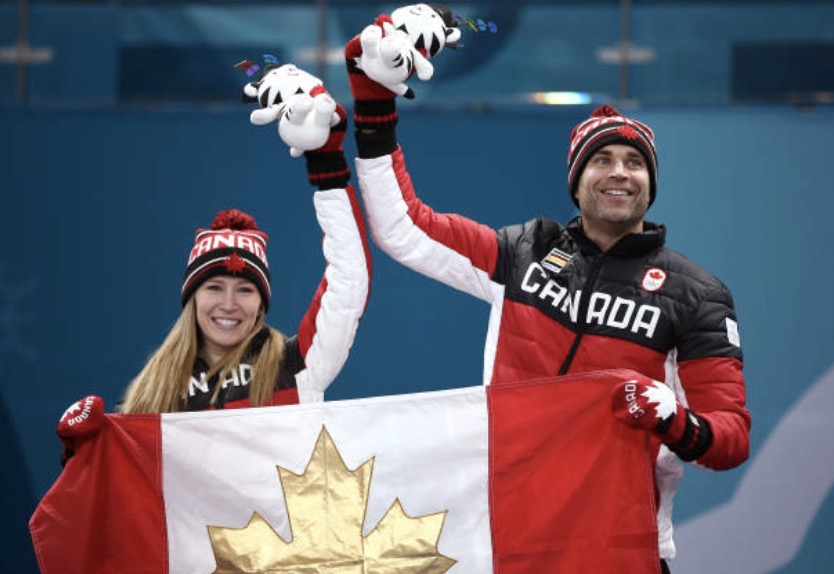 Ottawa’s Morris and Winnipeg’s Lawes claimed the second Olympic gold medals of their careers and Canada’s third of the Pyeongchang Games.

Lawes was third for the Jennifer Jones team that won women’s team gold in 2014. Morris was vice for Kevin Martin when they took the men’s team title in 2010.

Mixed doubles curling made its Olympic debut in Pyeongchang.

After trading deuces with the Swiss in the first two ends, the Canadians scored a pivotal four in the third to lead 6-2.

← Previous: Ontario Woman Ticketed for Driving with a Parrot on Her Shoulder, Police Say Next: U of M Testing Virtual Mental Health Care for Rural Manitobans →
Tags: Canada | Curling