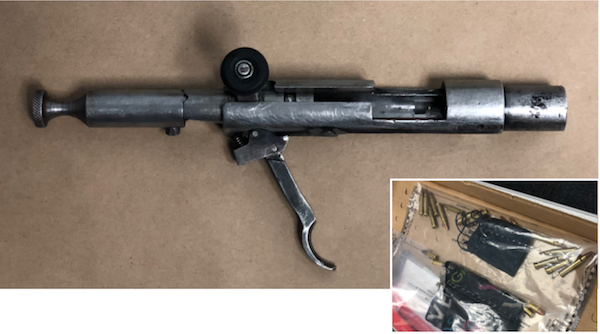 Winnipeg police seized a sawed-off .22 calibre rifle and ammunition from a suspect in the 600 block of Ellice Avenue on Tuesday, February 13, 2018. (WPS / HANDOUT)

Winnipeg police took a man into custody Tuesday after the report of a break-in at an apartment building in the 600 block of Ellice Avenue.

Officers arrived to find the man hiding behind a doorway wearing a balaclava and a face mask.

Jesse James Daher, 25, of Winnipeg, has been charged with various weapons-related offences and four counts of failing to comply with a recognizance order.