Suspect Sought After Winnipeg Bus Driver Punched in the Face 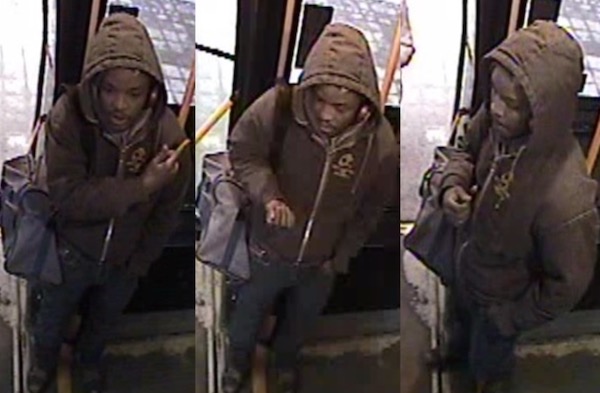 Winnipeg police are looking for this man, who they say punched a bus driver in the face on January 21, 2018. (WPS / HANDOUT)

Police are looking for a man who punched a Winnipeg Transit driver in the face shortly after telling him he didn’t have fare.

Police say the assault happened January 21 when the bus was stopped on Portage Avenue at Fort Street at around 4:35 p.m.

The suspect fled on foot and is described as a black man, approximately 20-years-old with an average build. He was wearing a brown hooded jacket with blue jeans.