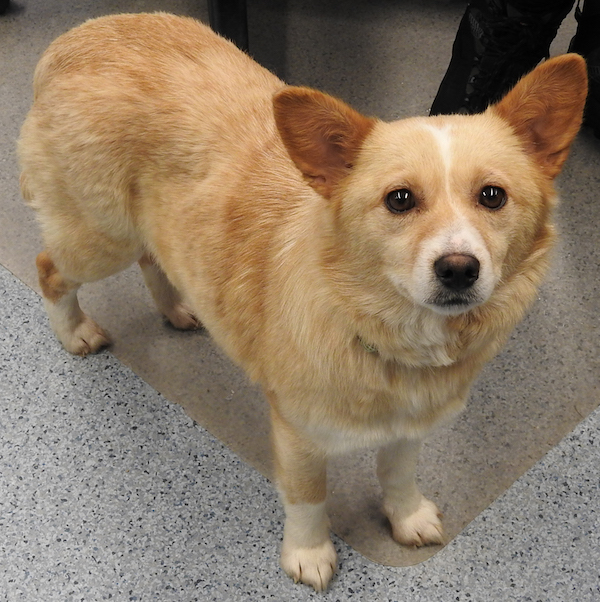 A female dog and her two puppies were rescued after being locked in a dark bedroom without access to food and water for several weeks in Black Sturgeon Falls First Nation, Manitoba. (HANDOUT) 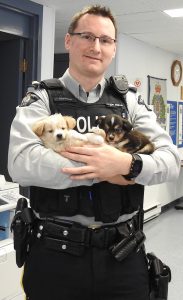 A female dog and her two puppies are recuperating after being rescued by Manitoba RCMP from a home where they were left without any food or water for about three weeks.

Police acted on a tip and visited a residence in Black Sturgeon Falls First Nation on February 7, where they found a mother dog and her five puppies locked up in a dark bedroom. Two of the puppies were deceased, while the two live puppies and their mom were taken to the Lynn Lake RCMP detachment.

“When we first opened the door, I wasn’t sure what we were going to find. I’m glad we got there in time to save some of them. For a dog who had obviously not received much care and affection, the mother dog was friendly with us when we got there — almost like she knew we were there to help.”

Cst. Lindsay Evans of the Lynn Lake RCMP took the dogs home with her and gave them a bath. She also provided food and milk to the puppies, as their mother was no longer producing enough milk due to starvation. The animals were later transported to Northern Manitoba Paws in Need in Thompson.

The province’s Chief Veterinary Office is assisting with the investigation.