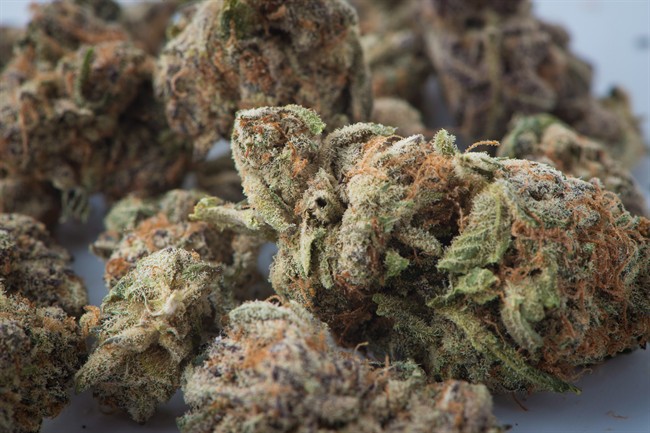 Medical marijuana is shown in Toronto on November 5, 2017. (THE CANADIAN PRESS/Graeme Roy)

WINNIPEG — The province has approved four companies to operate retail cannabis locations in Manitoba this summer.

The government sorted through about 100 applications late last year after a request for proposals process was launched.

Consortium of Delta 9 Cannabis Inc. and Canopy Growth Corporation — Delta 9 operates an 80,000-sq.-ft. production facility in Winnipeg and expects to hire approximately 100 people for production and retail in the first year, and an additional 100 the following year. Canopy Growth is headquartered in Smiths Falls, Ont., and operates numerous production facilities across Canada and around the world with over 700,000 sq. ft. of production licensed under Canada’s medical cannabis framework.

“Our primary concern from the start has been public safety, and this will continue to be paramount,” said Growth, Enterprise and Trade Minister Blaine Pedersen.

“We’ve said from the outset that this process has been rushed and it’s more important to get it right than meet an arbitrary deadline. However, we’ve worked quickly and diligently, and we’re confident that we’re on track to have retail locations begin operating in Manitoba as early as July 2.”

The province says it will work with each of the organizations over the coming weeks to set out the number and location of retail stores each applicant will be allowed to operate under provincial licensing arrangements.