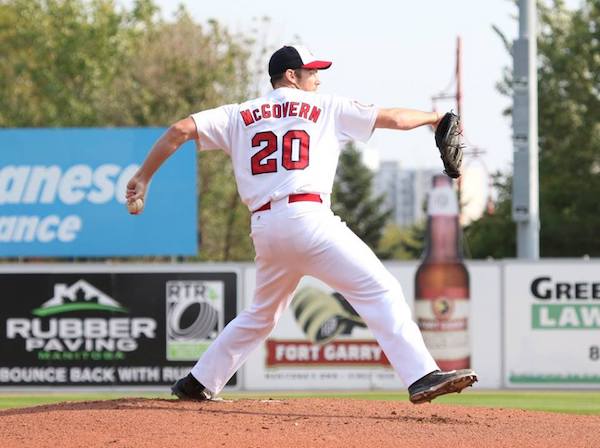 The Winnipeg Goldeyes have re-signed left-handed pitcher Kevin McGovern for the 2018 season.

“I’m very excited that Kevin is coming back,” said Goldeyes’ manager Rick Forney. “Kevin is very durable and reliable, and has turned himself into one of the better starters in the league.”

McGovern was part of the Winnipeg Goldeyes’ back-to-back American Association Championship wins during the 2016 and 2017 seasons.

McGovern is one of only four pitchers in the 12-year history of the American Association to reach 100-plus strikeouts in three different seasons. McGovern also joins returning teammate Edwin Carl as one of only seven Goldeyes to reach triple-digit punchouts in two campaigns.