#MeToo Movement Causing Confusion in Many Men, Fear of Missteps with Women: Experts 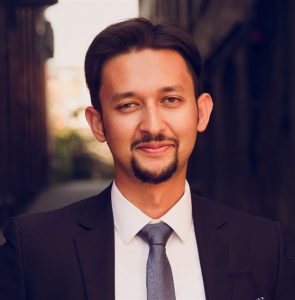 They keep falling like dominoes: Harvey Weinstein, Matt Lauer, Patrick Brown and most recently members of the Canadian pop-rock band Hedley, high-profile or celebrity men who have been accused of sexual misconduct as the #metoo and #timesup movements continue unabated.

Experts say these social media campaigns of outing males for alleged wrongdoing have created a climate of mistrust between the sexes and left many ordinary guys feeling confused, fearful and wondering whether any of their past actions towards women will somehow come back to haunt them.

“When I speak with younger men, and this is in and out of the workplace, they’re just swearing off women,” said Christine Hart of Calgary, who describes herself as a gender intelligence expert. “Not in droves, but socially they are so confused by what’s going on out there and they’re scared that something could be taken the wrong way.

“So guys are coming together and saying ‘I don’t even interact with women anymore, I barely make eye contact,'” said Hart, who does presentations to corporations and public forums to help improve understanding and communication between men and women.

“On the social level, they’re just so afraid of doing something that’s accidentally wrong.”

Ayan Mukherjee, a Toronto registered psychotherapist who works with men, agreed there is a lot of trepidation around social interactions with women.

“I think men are also feeling like, ‘You know what? It was already kind of hard to reach out to women from a dating point of view, even if you’re trying to reach out in a healthy manner and a sex-positive manner,'” he said.

“Now it has become even harder in the sense that one false, unconscious move and you have been categorized … there is no spectrum from being someone who just flirted badly or made a faux pas versus a serial rapist.

“And right now, they are fearful that social media vigilantes are not looking at it as a spectrum, that if you have done something even on the mild side of the spectrum, you are now being categorized as a rapist or a molester.”

Being painted by the same sweeping brush as those alleged to have mistreated women has also angered many men, said Hart.

“They’re upset with these men for disrespecting women in the way that they are,” she stressed. “And it’s coming from a real heart-centred place … they’re pissed about it.”

Jack Mardock, a Denver-area dating coach, said many men are also feeling apprehensive about previous dating encounters or relationships with women, casting their minds back to examine whether they acted in a disrespectful or potentially sexually aggressive manner.

“I talked to some of these guys and said ‘Did anything happen in the past?'” he said. “And they would talk about how when they were in college and were conversing with someone of the opposite sex, but none of it was inappropriate.

“But the fact that they think it might be inappropriate, it’s not good.

“So when you have guys thinking ‘Oh God, what if I did something in the past, what if it comes back to haunt me, they just end up putting their heads down … either outside of work or in work,” Mardock said. “And inside the workplace, I think it may get worse.”

Hart is already seeing a change in the work environment, with fewer men willing to mentor more junior female colleagues — a spin-off of the #metoo and #timesup movements that she said could inevitably harm women’s career aspirations.

There’s also anxiety over another possibility: that a woman may lie about or exaggerate an allegation of sexual misconduct, potentially destroying a man’s career or blackening his reputation in the court of public opinion.

“Men are very worried about that, to the point where when I’m talking to HR specialists, men are taking preventive measures,” she said, citing the example of a man who ended a romantic relationship with a female co-worker and sent all the text messages and emails between them during the breakup to his company’s human resources department.

Some men publicly vilified for alleged sexual misbehaviour are beginning to fight back against what they call “wrongful” accusations and demanding that the women prove their assertions through the justice system.

Patrick Brown, who was forced to resign as leader of the Ontario Progressive Conservatives last month, has mounted a campaign in recent days to clear his name, alleging two women who spoke out against him were lying and possibly manipulated by his political enemies inside and outside the party.

He also vowed to sue CTV News, which broadcast the allegations. CTV has said it stands by its reporting.

On Friday, Brown officially joined the race to reclaim the party’s top job.

Journalist Steve Paikin, long-time host of TVO’s current affairs program “The Agenda,” took to Facebook earlier this month to dismiss as “100 per cent false” an allegation that he propositioned a woman for sex in exchange for airtime.

Paikin said the claim was made by former Toronto mayoral candidate Sarah Thomson. While stopping short of announcing legal action, he wrote: “You’ve defamed me Sarah. I have no idea why, but you have. And I simply can’t allow that to stand.”

While the #metoo and #timesup movements have given women a forum to push back against perpetrators of sexual misdeeds through public shaming — a cultural shift the experts say many men support — there is a potential for negative fallout.

“People think, well, because of all this, it must be very, very good for women. Women have all the power,” said Mardock.

But he says the movements have put women interested in dating men at a disadvantage.

“The dating game is not good for women like this, because you’re missing out on quality guys,” he said.

“The healing that has to take place has to come from an awareness of the issue that these men who have done this do not represent all men — they just don’t.”