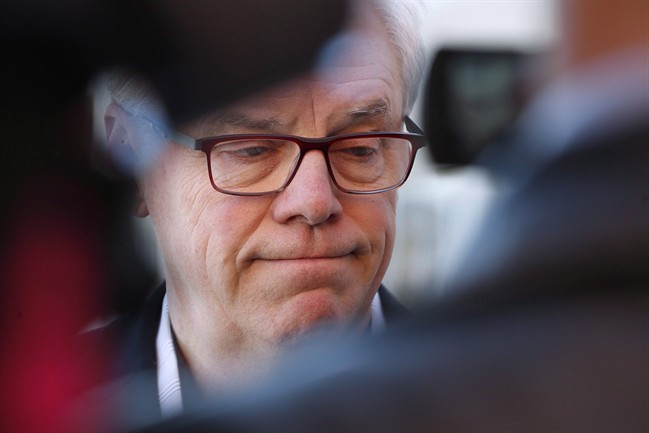 Manitoba NDP Leader and Premier Greg Selinger speaks to media after voting in the Manitoba election in Winnipeg on April 19, 2016. (THE CANADIAN PRESS/John Woods)

Selinger, the MLA for St. Boniface, announced Tuesday he would be resigning effective March 7.

“A week ago I held a media availability to apologize to the women who were the victims of sexual harassment by one of our former MLA’s — the member from Dauphin during my time as premier and leader of the NDP,” Selinger said.

“The focus properly should have been on hearing their voices. It wasn’t and I want to apologize for contributing to that.”

Stan Struthers, the NDP’s former finance minister, has been accused of tickling and inappropriately touching several female colleagues during his time in the Manitoba legislature.

NDP leader Wab Kinew called last week for Selinger to resign from his position as MLA, but Selinger refused, saying he wanted a proper transition out of office that best serves his constituents’ interests. 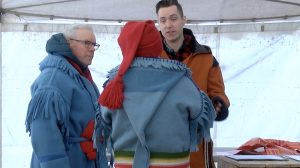 The former premier was last seen in a public setting on February 16 when he attended a news conference to launch the 49th annual Festival du Voyageur in his riding. Media at the event asked him whether he would speak further to his statements made last week, but he declined to address the cameras.

“Over the next two weeks my staff and I will put the ongoing work of the constituents of St. Boniface in order,” Selinger concluded in his statement.