Accused in Death of Winnipeg Teenage Girl Not Guilty of Murder 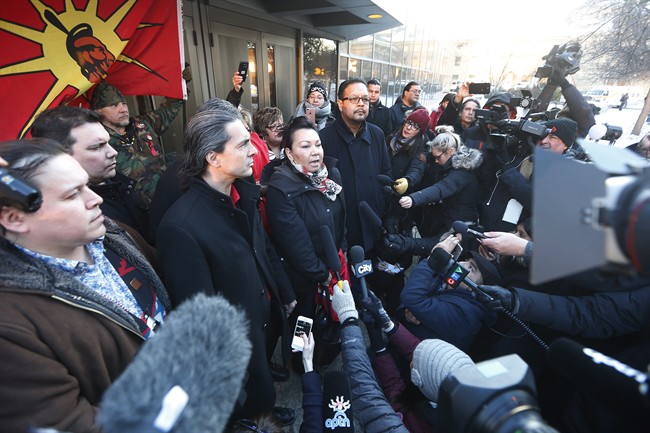 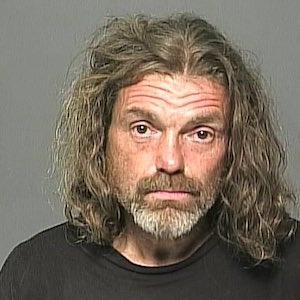 WINNIPEG – A not-guilty verdict Thursday for a man accused of killing a 15-year-old First Nations girl he met on the streets prompted immediate reaction from Indigenous leaders who criticized the social safety nets that were supposed to keep her safe.

A jury acquitted Raymond Cormier, 56, of the second-degree murder of Tina Fontaine after 11 hours of deliberation.

Tina’s body, wrapped in a duvet cover and weighed down with rocks, was pulled from the Red River in Winnipeg eight days after she was reported missing in August 2014. Cormier was charged more than a year later.

The girl’s death had prompted renewed calls for an inquiry into missing and murdered Indigenous women.

“The systems — everything — involved in Tina’s life failed her. We’ve all failed her. We as a nation need to do better for our young people. All of us,” said Sheila North, grand chief of Manitoba Keewatinowi Okimakanak, an organization that represents northern Manitoba First Nations.

“It might not be this accused person that took her life but someone took her life. That fact remains and we must get to the bottom of it,” she said.

“All of us should be ashamed of what happened to her and Colten Boushie and to others.”

Boushie was with four other young people who drove their SUV into a Saskatchewan farmyard in August 2016. The young man from the Red Pheasant First Nation died when he was shot in the back of the head as he sat in the vehicle.

The trial of farmer Gerald Stanley was fraught with racial tension that intensified after he was found not guilty earlier this month by an all-white jury. He testified that he fired warning shots to scare the young people before his gun accidentally went off, killing Boushie, 22.

There were gasps from Tina’s family and their supporters as the Cormier verdict was read. Her great-aunt Thelma Favel, the woman who raised Tina on the Sagkeeng First Nation, wept. Cormier’s reaction was not visible because the prisoner’s box faced away from the gallery.

Tina had left her Sagkeeng home to visit her mother in Winnipeg. In the city, Tina spent time on the streets and was being sexually exploited. She had been placed in a hotel by social workers when she disappeared.

“How can we talk about reconciliation when the very nets we are asked to participate in do not fulfil what they are supposed to fulfil?” asked Arlen Dumas, grand chief of the Assembly of Manitoba Chiefs.

“We can no longer maintain these mechanisms that are prescribed to us. If we want reconciliation and truly protect our children and families, we can no longer allow the status quo to exist.”

“Tina’s is a tragic story that demonstrates the failures of all the systems for Indigenous children and youth on every level. We need to do better. We need to fix this.”

“The Child and Family Services system, that failed her. The system there that was meant to protect her failed. Then the other one, the policing failed her,” he said in a phone interview. “And then the overall justice system — it was a court of law, it wasn’t a court of justice.”

“I want to pass on a message from Thelma that we have to maintain the peace,” North said. “She does not want to see any more violence against anyone. She doesn’t want to see any retaliation, because that’s not what our people are about.

“She wants peace. She wants healing. She wants justice and we’re going to continue to look for that justice on her behalf.”

The Crown had argued that Cormier convicted himself with his own admissions on secret police recordings, but the defence said numerous forensic holes in the prosecution’s case had left reasonable doubt.

There was no DNA evidence linking Cormier to the teen and doctors who were called to testify said they could not definitively say how Tina died.

Over three weeks of testimony, the jury heard how Tina’s relatively stable upbringing spiralled out of control when her father was murdered.

She and her boyfriend met Cormier in the summer of 2014. The jury heard Cormier gave the couple a place to stay, gave Tina drugs and had sex with her.

Witnesses remember Tina and Cormier fighting in the street over a stolen truck and Tina accusing him of selling her bike for drugs. Tina went so far as to report a stolen truck to police.

Winnipeg police declined to comment on where the case goes from here, calling their original investigation, which included a six-month undercover sting, “extensive.”

“Generally after a trial, the case, including the court proceedings themselves will be examined to determine if an appeal is possible or appropriate,” police said in a statement. “While that process is ongoing, we have made the decision to not comment on this case directly.”

Derrick Henderson, chief of Tina’s home reserve, echoed other Indigenous leaders in saying the system needs to be fixed.

“My community of Sagkeeng will be hurting as I go home today,” he said outside court. “The people in this country need to know Tina was loved by everybody.

“The system has failed our people. We need to correct that. We need to right that for all the Indigenous people in this world.”