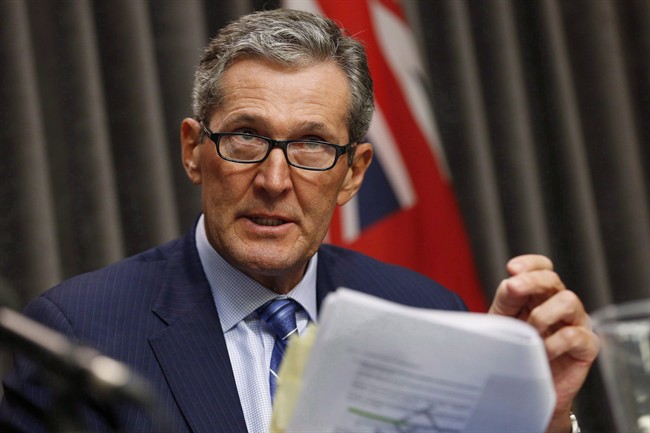 Manitoba Premier Brian Pallister speaks at a news conference at the Manitoba Legislature in Winnipeg on November 7, 2017. (THE CANADIAN PRESS/John Woods)

WINNIPEG — In the wake of several former government employees coming forward with stories of inappropriate touching and behaviour in the workplace, the province is taking steps to ensure a safe work environment for staff moving forward.

During a news conference Thursday, Manitoba Premier Brian Pallister outlined five measures the province is rolling out for a harassment-free workplace.

“I want every employee to know they have a right to a respectful workplace and there will be no reprisals if they assert their rights,” Pallister said.

“I want every mother and father in our province to know their child will be safe, respected and heard if they make a choice in the future to work in the Manitoba government.”

Pallister said the government’s “no wrong door” policy allows all government staff access to report complaints, without fear of reprisal.

The move comes after allegations former NDP cabinet minister Stan Struthers tickled, groped or made sexual remarks towards female colleagues. Since then, several women have come forward to share their own experiences.

Former NDP premier Greg Selinger apologized last week, but said he was unaware of the allegations at the time. He later announced he would resign his legislature seat as the MLA for St. Boniface effective March 7.