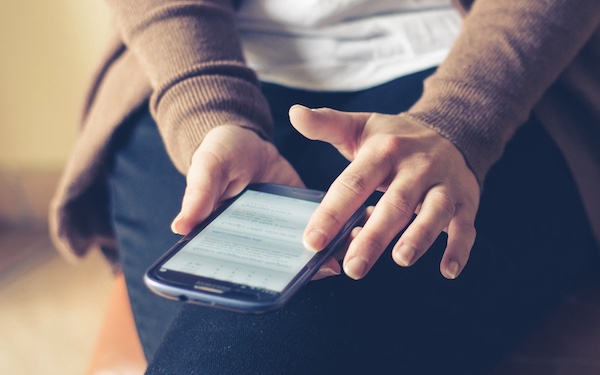 NEEPAWA, Man. — Left versus right, urban versus rural, new immigrants versus established Canadians, we are becoming an increasingly divided society. Along religious lines, political lines, age and gender, we are becoming increasingly polarized. While a relatively small group of publishers and news media used to keep the majority of Canadians on the same track, on the world-wide-web, fringe beliefs are now as easily accessible as ones commonly held. While the internet has put the world at our fingertips, by offering a myriad of viewpoints, it has also helped to divide us.

Polarization and divisiveness is the end result of a number of factors. The first is that we tend to look for news and stories that support our existing beliefs. This summer, a team of journalists released a study called “Inside The Partisan Fight For Your News Feed.” Among the findings were just how little people cross the ideological divide. The report included the findings of researchers at King’s College and University College London, in England, which looked at the upstream traffic of partisan websites, that is, the sites previously visited. They were able to get analytics for 483 sites and it showed a clear pattern of traffic to partisan websites coming from other partisan websites.

They also looked at links within those sites. In 272 instances, they found only five liberal (left) to conservative (right) links and one right to left link — the remainder were either right to right or left to left.

The second factor is that often, we don’t even realize how much bias we are consuming. The algorithms that operate invisibly in the background of our digital life try to provide us with what we want and the end result is that our existing biases are constantly reinforced, without us even knowing it.

In an episode of David Letterman’s new Netflix show, former American president Barack Obama talked about these invisible forces. In 2010, as the Arab Spring was spreading across the Middle East, Obama explained that somebody took a liberal, a conservative and moderate and asked them to perform a Google search of the word “Egypt.” For the conservative, the top hit was ‘Muslim Brotherhood,’ for the liberal it was ‘Tahrir Square’ and for the moderate it was ‘Vacation Spots on the Nile.’ We don’t realize that with each search, each Facebook click, our existing biases are being reinforced.

The final problem is that we are really bad at recognizing bias when we see it, further reinforcing our existing beliefs. In 2016, researchers at Stanford University released a study examining how well students, including those at the post-secondary level, could judge the credibility of online sources. They called the results “dismaying,” “bleak” and “[a] threat to democracy.”

The study didn’t set out to trap students, merely to “establish a reasonable bar.” For example, they hoped middle school students could distinguish an ad from a news story. The conclusion? “In every case and at every level, we were taken aback by students’ lack of preparation.” I have no reason to believe the general adult population is any better equipped, after all, students today are at least learning a little bit about online biases.

We are facing a number of threats and challenges and this us-versus-them mentality does little to advance our common goals. That’s why I’m extremely disappointed when I see politicians, even those who claim to be inclusive, sowing seeds of division in the hopes of gaining votes. While the search engines and the sites are just following their money, I expect better from our politicians, they owe it to all of us.