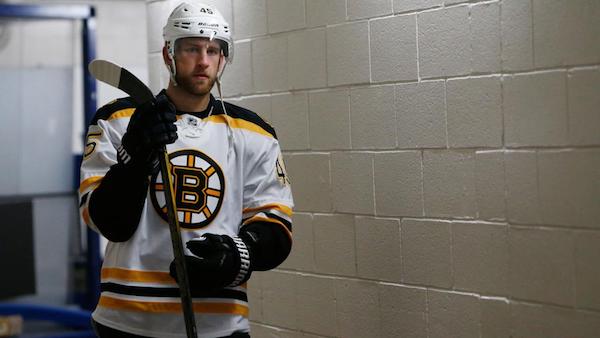 The Winnipeg Jets have acquired defenceman Joe Morrow from the Montreal Canadiens. (NHL.COM)

The Winnipeg Jets acquired defenceman Joe Morrow from the Montreal Canadiens on Monday.

It was the second pick of the day for the hockey club, which earlier acquired forward Paul Stastny from the St. Louis Blues.

Morrow’s acquisition comes in exchange for a fourth-round draft pick in the 2018 NHL Draft. The Jets also announced that they have assigned forward Nic Petan and defenceman Tucker Poolman to the Manitoba Moose.

Morrow, 25, has played 38 games for the Canadiens this season and has 11 points (5G, 6A) and 26 penalty minutes. The Edmonton native has played 103 career games for Montreal and the Boston Bruins, recording 20 points (7G, 13A) and 42 PIMs. Morrow also played five playoff games for Boston in 2016-17 and had an assist.