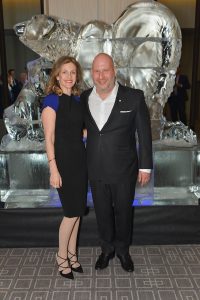 A $1 million donation from the CEO of Canada Goose is going towards the construction of the Polar Bears International House in Churchill, Manitoba.

“It is a privilege to be a part of helping them build a much-needed facility which will serve as a launch site for PBI’s research and educational activities on polar bear habitat conservation, around the world,” Reiss said.

The facility will provide space to educate Churchill visitors about polar bears, climate change, and the urgent need to take action in preserving the species and their surroundings.

The new Polar Bears International House will begin construction at the start of the fall 2018 polar bear season and reside on donated land on the main street in Churchill.

The facility will also support polar bear research and outreach efforts, including broadcast facilities for media crews, host visiting scientists, educators, and special guests, and serve as a gathering place for members of the Churchill community.

The campaign’s overall goal is $2 million.