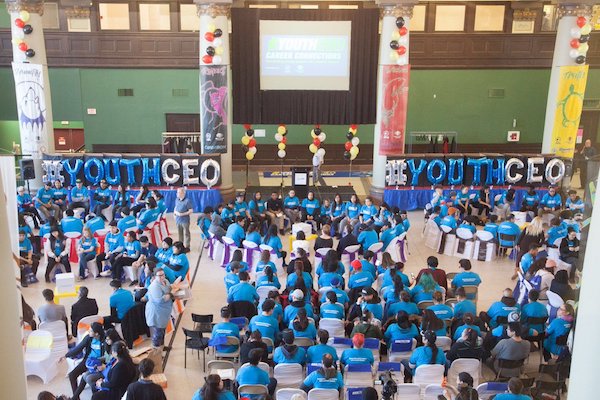 Indigenous and new Canadian youth were given a glimpse into potential future career paths in Winnipeg on Thursday.

The Business Council of Manitoba held #YouthCEO Career Connections to expose more than 200 youth to an array of career options at the Neeginan Centre.

Students came from four northern communities, adult education students from the Centre for Aboriginal Human Resource Development, and others from across Winnipeg.

“Manitoba has one of the youngest and fastest growing populations, including Indigenous and new Canadians. These young people need jobs and careers and our companies need this incredible workforce to succeed,” said Kevin Chief, vice-president, Business Council of Manitoba.

The #YouthCEO initiative was originally launched in the summer of 2017.