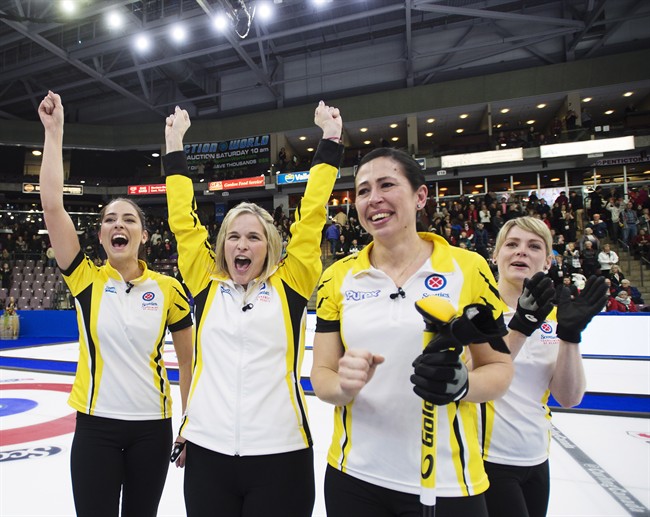 WINNIPEG — Team Jennifer Jones will look a little different when they hit the curling rink for the 2018-19 season.

Longtime second Jill Officer has opted to step back from the sport and will remain with the Olympic-winning squad as an alternate.

“I’ve known for a while I would not play another quadrennial, so this was a decision that I’ve been considering for quite some time, and I finalized my decision before the Scotties Tournament of Hearts, that regardless of the outcome, I was stepping back,” Officer said in a statement.

“I’ve had an absolutely amazing ride with this team, and we’ve shared so many wonderful experiences, on and off the ice, so it wasn’t an easy decision, but at this point in time, it’s the right decision.”

Officer will still be in the lineup when Team Jones competes at the 2018 Ford World Women’s Curling Championship in North Bay, Ontario March 17-25.

Officer has played 23 seasons with Jones, including juniors.