Of Combines and Code: Opening the Right to Openly Diagnose Broken Tech 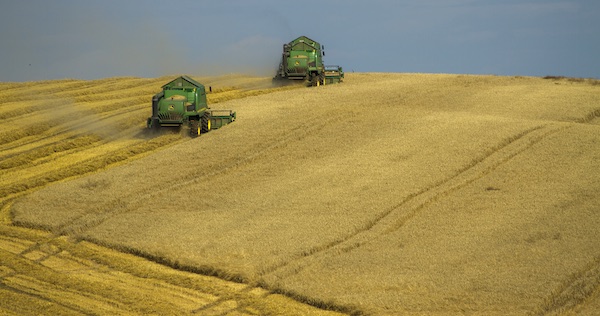 NEEPAWA, Man. — What do a tractor and Microsoft Word have in common? A lot, if equipment manufacturers get their way. For close to a decade, automobile manufacturers have been governed by Right to Repair legislation. In Canada, this voluntary agreement came into effect in 2009 and requires manufacturers to make key software and training available to independent garages, which allows someone other than the dealership to access a vehicle’s software in order to diagnose and repair problems. Given the increasing level of computer control on modern vehicles, such access is required for almost all repairs. Automobile owners can also take it one step further, all vehicles must use the same data port, meaning owners can purchase inexpensive scanners to do their own diagnostics.

Similar legislation doesn’t exist for farm equipment, which means that for most newer equipment, farmers are beholden to the dealerships for service and repair. Manufacturers have been able to do this by making use of the Digital Millennium Copyright Act, which was passed into law in the U.S. in 1998 and aimed to stop digital piracy of music, movies and software. John Deere and automaker GM have been at the forefront of the argument that modern ownership of their machines bears little resemblance to what we have traditionally considered ownership to be. In 2014, John Deere, in a submission to the U.S. Copyright Office, argued that those who purchase their equipment don’t, in fact, own it, but have an “implied license for the life of the vehicle to operate the vehicle.”

That’s right, you didn’t buy your tractor, you bought the right to use it. By making it an issue of copyright infringement, manufacturers prevent anyone but the dealership from accessing the equipment’s software. In their submission, Deere argued that allowing access “would make it possible for pirates, third-party software developers and less innovative competitors to free-ride.” They go on to say that circumventing the technological protection measures, such as passwords and encryption that restrict access to the equipment’s computer system, would “stifle creativity and innovation for vehicle software.” They argue that the real beneficiaries of opening their software wouldn’t be individual owners who want to tinker or repair their vehicles, but third-party software developers and competing manufacturers.

Farmers are an independent bunch and this move has not been without opposition. Since 2016, Nebraska, New York, Massachusetts and Maine have been considering legislation that would require manufacturers to make diagnostic, service and repair information available to farmers and independent repair shops. But they are being met with opposition, not only from vehicle manufacturers, but also from tech companies, like Apple and Google, who also want to limit access to their software.

Farming is characterized by defined windows; fixed time frames for seeding, spraying and harvesting. For many farmers, a broken combine or tractor isn’t merely an inconvenience, it has the potential for disastrous financial implications. While a farmer could historically tweak or repair their equipment on a rainy day, or even in the field where it broke down, requiring a dealer to not only service equipment, but diagnose a problem means an expensive farm call or an expensive truck ride to the dealership, for something that could be as simple as a clogged filter. Dealer consolidation has only added to the cost and inconvenience when the dealer is your only avenue for repair.

The idea of what constitutes “ownership” is becoming increasingly important because computer chips, and the software that runs them, are in everything, from your car and combine, to your fridge. When something is on warranty, the manufacturer has every right to tell us when and where to get it fixed, but once “owners” become entirely liable for a product’s service and repair, they should have the right to repair it wherever they want.