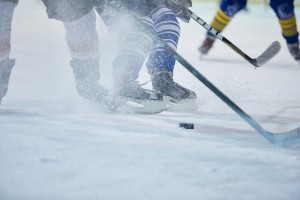 WINNIPEG — Frequent users of the St. Vital Centennial Arena now have a renovated lobby to enjoy as part of the latest round of upgrades completed at the sports facility.

The city has spent $400,000 over the past four years to upgrade the arena for the enjoyment of the community, including those who use it from the St. Vital Minor Hockey Association.

“The investments made in the St. Vital Centennial Arena will make this facility more enjoyable for the people using the facility.”

The arena originally opened in 1970 and has seen upgrades to the dressing room fixtures and showers as well as the purchase of new ice maintenance equipment. Dressing room heating and ventilation upgrades were completed earlier this year, while doors to the rooms were replaced in 2016, along with upgrades and repairs to the building’s plumbing system.