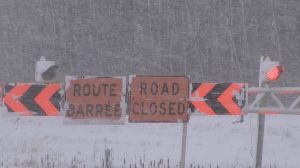 After about 25 centimetres of snow fell on Winnipeg between overnight Sunday into Monday, the city is preparing for the first residential plow of the season.

Residents living in snow zones C, I, M, O, S and V will be the first streets to see a plow and will need to move their vehicles until 7 a.m. Thursday. Plow operations will continue until Saturday, March 10.

Vehicles parked in a snow zone during that time could receive a $100 ticket ($50 if paid early), and may be towed.

The city says more than 400 pieces of snow-clearing equipment will be used during the operation.

Residents can find their zone by visiting knowyourzone.winnipeg.ca.