Future of Alexander Docks Put to an Ideas Competition 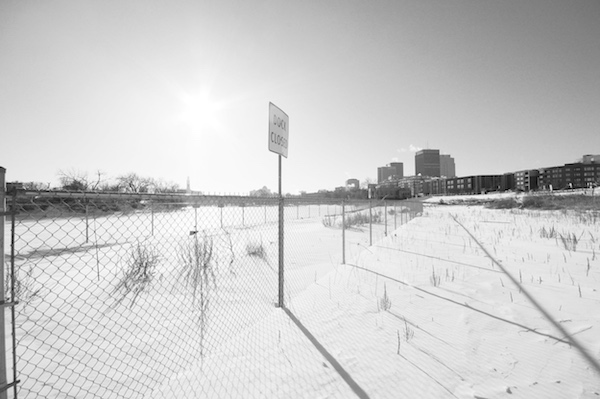 That’s the question being posed in an ideas competition recently launched to gauge public ideas on how to best utilize the riverside space.

The Alexander Docks Ideas Competition is the next step since public consultations were held at The Forks last June.

Ideas are being solicited from, well, anybody.

“The intent is to involve citizens in urban potentials of the underused and/or abandoned spaces of Winnipeg,” said On the Docks, a committee tasked with transforming the space into something useful.

“Through a community-based ideas competition, people will be encouraged to come up with imaginative solutions for the site. There are no limitations to the ideas, and explorative ideas are encouraged.”

Submissions are being accepted or in teams with a bold new idea or use for the immediate and surrounding site. Full submission details can be found online as of today at onthedocks.org. The competition runs March 6 to April 25. An award ceremony and exhibition with the top three ideas will be showcased May 25 at the Mere Hotel and Cibo Waterfront Cafe.

Judges of the competition are Paul Jordan of the Forks North Portage Partnership, Zephyra Vun of Design Quarter Winnipeg, David Pensato of the Exchange District Biz, Mike Pagtakhan, City of Winnipeg Councillor and Dan Lett of the Winnipeg Free Press.

Following the competition, the exhibition of ideas will float over to the Centennial Concert Hall and The Forks to gain public viewing of the concepts proposed for the Alexander Docks. Submissions will eventually be presented to the City of Winnipeg for development consideration.

← Previous: Winnipeg Rolling Out Snow Plows to Tackle Residential Streets Next: Jets, Panthers to Meet for Pair of Games in Finland Next Season →
Tags: City of Winnipeg | Construction