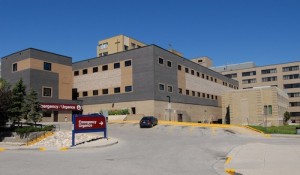 WINNIPEG — Construction work will soon begin on the emergency department at St. Boniface Hospital as part of a $5 million expansion project.

A tender for a demolition contractor will be going out in the coming days for work to begin in April. Construction on the 2,214-square-foot emergency department expansion will begin early this summer.

The Winnipeg Regional Health Authority says the project is expected to consist of a number of phases beginning with the demolition of a recently vacated ambulatory care space beside the emergency department. The space was vacated following the move of geriatric rehabilitation services to Victoria General Hospital as part of Phase 1 of the region’s clinical consolidation.

“This work will not only create additional capacity for St. Boniface’s emergency department but will improve our ability to work seamlessly as a system across the three acute care sites,” said Lori Lamont, acting COO and vice-president of nursing and health professions for the region.

During construction, the hospital’s emergency department will remain open to patients.

The WRHA says the new space will include an additional eight stretchers, 21 internal waiting spaces, approximately 25 pre-triage waiting spaces, nine new treatment beds and one additional resuscitation bed. A new triage desk will also be added along with improved design and additional capacity in the waiting area.

The renovation is anticipated to be complete in summer 2019.