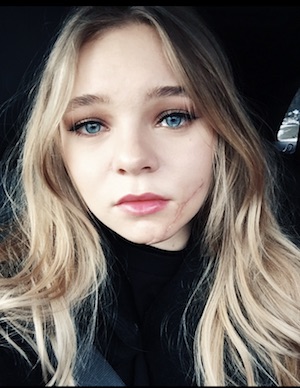 Actress Taylor Hickson has filed a lawsuit against the production company of a film she shot in Winnipeg last winter after suffering a disfiguring facial injury.

Hickson, 20, was working on the set of the indie horror flick “Ghostland” in December 2016 when the director, Pascal Laugier, instructed her to crash through a glass door with her face next to the glass pane.

According to the lawsuit filed against Winnipeg-based Incident Productions Inc. in Court of Queen’s Bench, “The glass shattered, causing [her] head and upper body to fall through the door and shards of glass. As a result of the incident, [she] badly cut the left side of her face.” 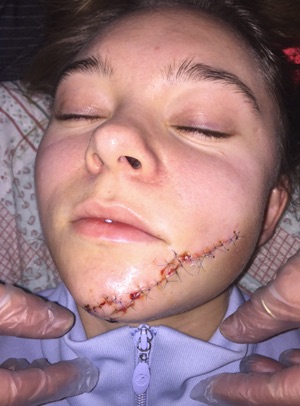 Taylor Hickson after receiving stitches for her injury in a Winnipeg hospital. (HANDOUT)

Hickson, who lives in Kelowna, B.C., was rushed to the hospital and received about 70 stitches for her injuries.

Laugier is not named as a defendant in the lawsuit. Court documents call for Hickson to be awarded damages for lost income and loss of future income, mental distress, legal costs and general damages.

In an interview with Deadline, Hickson says of the injury, “It’s been mass amounts of insecurity, conflicted, confused, hurt, angry, and sad that this was my last day on set and no precautions were taken.”

The film’s premiere is set for March 14 in Paris. Hickson won’t be attending.

Some other credits for the Canadian actress include “Deadpool,” “Aftermath,” and “Hunting Pignut.”