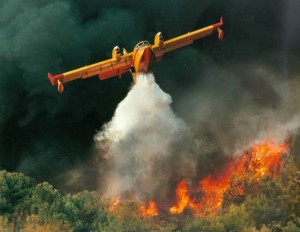 A Bombardier CL-415 is shown in this undated handout photo. The Manitoba government uses the same aircraft as a water bomber and has issued a request for proposals to manage future provincial air services. (THE CANADIAN PRESS/HO – Royal Aviation Museum of Western CanadaBell)

The Manitoba government wants to see if there is money to be saved by utilizing private air services to carry out such tasks as operating air ambulances and water bombers in the province.

A request for proposals has gone out to find “safe and reliable privately operated air services,” according to the province.

“Our government is exploring ways to continue to provide essential provincial air services, while ensuring the same level of service, availability, safety and security for all Manitobans is maintained — if not improved upon,” said Infrastructure Minister Ron Schuler.

Schuler says based on the results of the RFP, the province will choose the best overall value and safety for Manitobans related to air service.