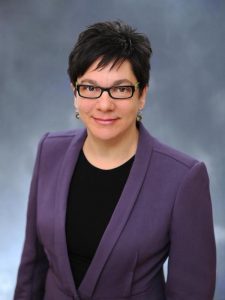 In a letter to constituents and friends on Wednesday, the five-term councillor for Fort Rouge-East Fort Garry says she is grateful for the experience having served three different mayors.

“Since first elected in 1998, I have been passionate about many issues and I am proud of the progress that has been made on many fronts,” Gerbasi said.

The announcement comes after Gerbasi took a two-week absence from city hall after leaving a council meeting early in February.

Gerbasi also says she won’t run again for president of the Federation of Canadian Municipalities when her current term ends in June.

“I want to say a deep ‘thank you’ to all my council colleagues over the years and our staff, to the dedicated members of the public service at the City of Winnipeg, the media who cover city hall and all those volunteers and friends who helped me through five election campaigns.”

Gerbasi says she will continue to carry out her council and deputy mayoral duties until election day this October.

“The future looks to be very bright for our wonderful city and yet there is much work left to do. I look forward to embarking on my next adventure on life’s path,” her statement concluded.