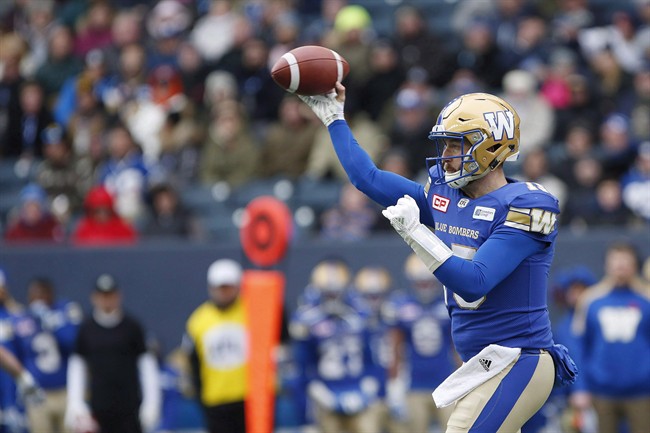 Quarterback Matt Nichols (15) throws against the BC Lions during the first half of CFL action in Winnipeg Saturday, October 28, 2017. (THE CANADIAN PRESS/John Woods)

The Winnipeg Blue Bombers will hold a mini-camp in the city April 24-26.

The three-day camp will feature all quarterbacks on the roster and a mix of first-year CFL players and veterans, as well as some recently acquired players including receivers Adarius Bowman, Nic Demski, defensive backs Chandler Fenner and Anthony Gaitor, and running back Kienan LaFrance.

The location of the camp, along with practice times, will be announced to the public in early April.