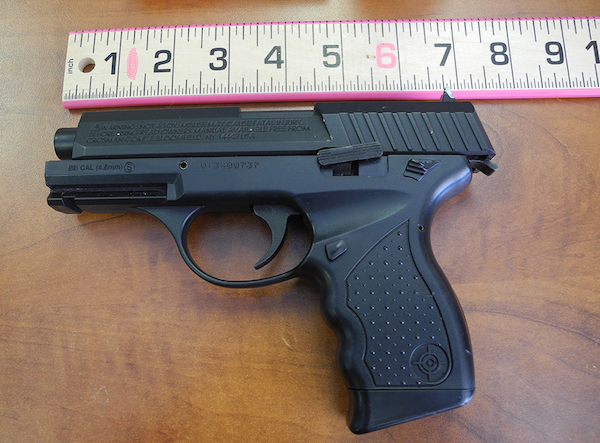 RCMP recovered an Airsoft gun from a student at Rossburn Collegiate on Wednesday. (RCMP HANDOUT)

A student at Rossburn Collegiate has been charged after Manitoba RCMP say he brought a replica handgun to school.

Police were alerted on Wednesday of a social media post showing the student was in possession of a gun.

The school was placed into lockdown while officers investigated and later made an arrest. They determined the suspect had a CO2-powered replica pistol with ammunition.
No one was harmed during the incident and no other students are being investigated.

Randy Jordan Oudie, 19, of Dauphin has been charged with possessing and concealing a weapon. He remains in custody.