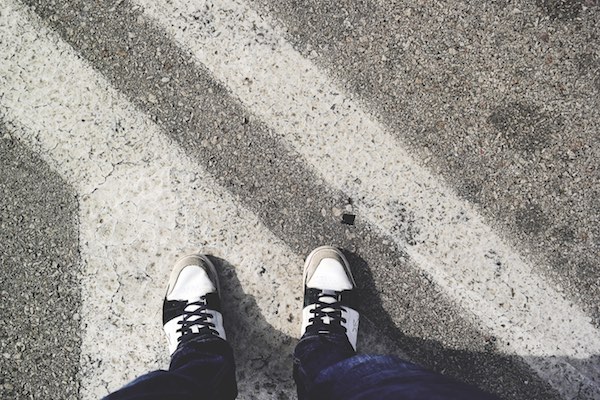 WINNIPEG — A pedestrian was hit by a vehicle in south Winnipeg as police and CAA Manitoba officials were carrying out a pre-spring break safety assessment last week.

The incident is just one of 359 traffic violations spotted last week at five crosswalk locations throughout the city.

“An SUV, stopped in [the] middle of the crosswalk, didn’t notice a pedestrian crossing in front of their car and drove forward, hitting the pedestrian with their bumper,” said Liz Kulyk, corporate manager of government and community relations for CAA Manitoba.

“Thankfully the pedestrian was okay, but this situation illustrates we all have work to do to be safe on our roads,” Kulyk added of the incident, which happened March 13 at Pembina Highway and Adamar Road.

CAA says the crosswalks gave pedestrians a false sense of security, with many motorists not stopping at all or long enough for the pedestrian to cross. Some also slowly rolled toward the crosswalk or drove through before the person made it to the median or sidewalk.

In other data, 88 drivers didn’t stop for activated crosswalk lights, while 22 pedestrians failed to activate the lights at all.

Spring break in Manitoba is March 26-30. 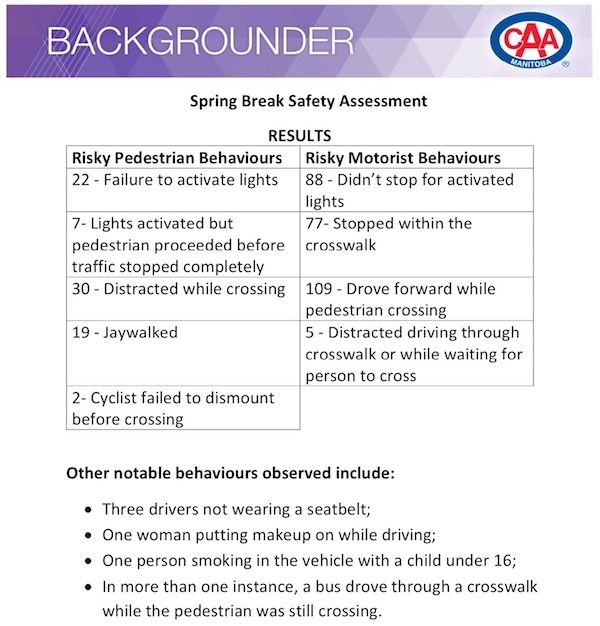