True North Experimenting with Killing the Barcode on Event Tickets 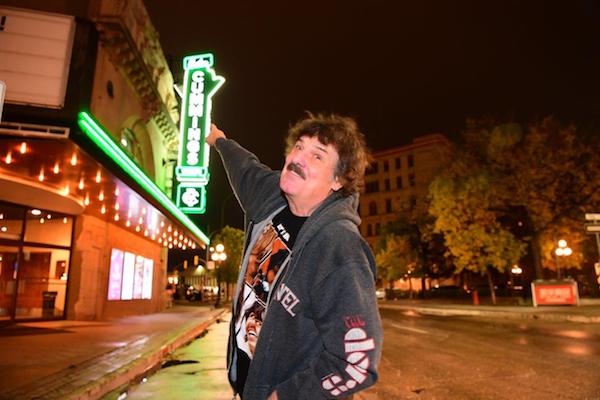 TORONTO — When fans score tickets for events at the Burton Cummings Theatre in Winnipeg in the future, they might notice the absence of a familiar feature: that ubiquitous zebra-styled inventory tracker bar that adorns almost every retail product imaginable.

The theatre’s operator, True North Sports and Entertainment, is testing a new Ticketmaster system that gives venues the option to omit barcodes that would usually be scanned to validate a ticket’s authenticity and grant entry to a concert or sporting event.

It could be an early sign that the days of the barcode are numbered as technological improvements allow companies to replace them with more secure digital tickets with codes embedded in a fan’s phone or a Wi-Fi connected wristband that lets them track consumers for both security and data-collection purposes.

Invented in the 1970s, the barcode was first used to purchase a 67-cent pack of Wrigley’s Juicy Fruit gum, but was quickly adopted in many industries after companies realized it could expedite purchases and assist in tracking inventory.

Businesses that are already moving on from the barcode range from Montreal’s Osheaga music festival, which prefers scannable wristbands, to Amazon’s new, cashierless store in Seattle that uses various sensors to detect products customers have in their carts and automatically charge their accounts.

One U.K. retail expert recently gave the technology a shelf life of only another five to 10 years.

“The barcode’s going to go away,” Ticketmaster’s CEO Michael Rapino reportedly told an audience at a Goldman Sachs investor conference last fall, though he didn’t offer a timeline for the barcode’s demise.

His company has stayed fairly quiet about its experiments with ditching the barcode through Ticketmaster Presence — a program that allows venues to let fans scan e-tickets embedded with a digital token instead of a barcode and stored on their phone or smartwatch at self-service terminals to gain entry to events.

The entertainment giant wouldn’t name what Canadian venues or artists are looking to experiment with cutting the barcode beyond the Burton Cummings Theatre, which True North Sports and Entertainment’s vice-president of communications, Rob Wozny said has yet to offer a barcodeless show.

So far Ticketmaster said 70 venues, including the 25,500-person capacity Orlando City Stadium, have used Presence in North America and more are likely to toy with the program this year as it rolls out further.

Ticketmaster started pushing Presence amid its ongoing crusade against bots that buy up large portions of tickets within seconds after they go on sale online and fraudsters that dupe ticket buyers in the resale market by photocopying a ticket numerous times and reselling it to unsuspecting fans who are then denied entry at the door.

A digital smartphone ticket is supposed to be more difficult to resell on sites and especially outside of concert venues.

“(With Presence) there has been zero instances of fraud so far and the tech is succeeding in getting fans into venues to see their favourite live events faster and more efficiently than ever.”

Presence not only directs fans to the shortest lines or parking lots with the most empty spaces, but offers a sales and marketing edge because it gives Ticketmaster access to reams of data on eventgoers and their habits.

Shaw said companies are gravitating towards two barcode alternatives: near-field communication (NFC), which is most often seen in tap-and-go credit cards and proximity-based garage entry systems, and radio frequency identification (RFID), which companies can set up to detect which items are leaving their store.

“If I have RFID, I have more flexibility, because as soon as it comes in, I know what I have,” said Shaw. “On a store level, it is really important for a retailer to know what they have, rather than having to look at every single item.”

For instance, cruiselines use the technology to monitor who gets on and off at ports of call.

Companies are using such technologies to track internal movements as well.

Retailers with large warehouses have been among the quickest to adopt RFID for use with incoming shipments that are often bundled on large pallets that can be difficult and tedious to comb through, Shaw said.

Miners and energy companies, such as Suncor Energy, are using RFID fobs to locate workers without forcing them to scan a barcoded pass as they enter rooms. And manufacturers such as Ford Motor Co. and DeWalt use RFID to help construction and factory workers keep track of tools and equipment.

While Shaw believes the proliferation of RFID and NFC will continue, he doesn’t expect retailers to abandon the barcode en masse because most of the alternatives require customers to have a smartphone or rely on the internet, which can have outages.

“It doesn’t cover every situation, but it will cover many, many situations,” he said.

But as for any notion that the barcode is on its deathbed, he added, “It will take us a long time to get there.”