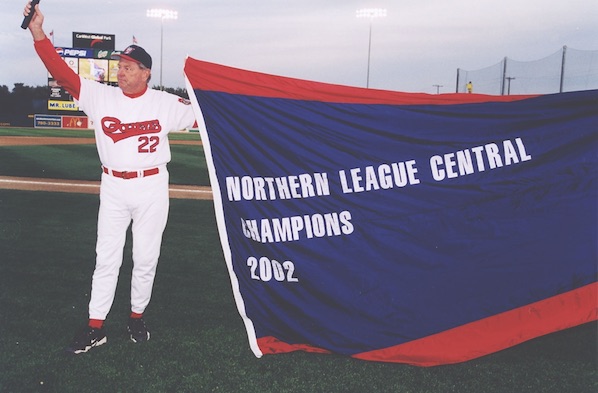 The Winnipeg Goldeyes plan to honour one of their former field managers later this summer.

Hal Lanier will have his uniform number 22 retired during a ceremony July 12 at Shaw Park.

“The league originally told us we would never be able to land someone with Hal’s resume. Luckily, we didn’t listen to them, because Hal is one of the best things to have ever happened to the Goldeyes, and we are fortunate to have had someone of his stature leading our club.”

The ceremony will happen prior to the Fish taking on the Sioux Falls Canaries. Earlier that afternoon, Lanier will be a featured guest at the Goldeyes’ 25th anniversary luncheon.

Lanier is onliy the fifth jersey number to be retired in franchise history.