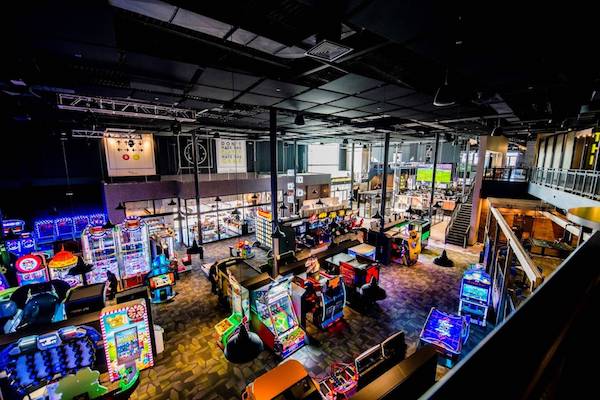 Cineplex’s ‘The Rec Room’ will include approximately 40,000-square-feet of recreational space for grown-ups in south Winnipeg. (CINEPLEX / HANDOUT) 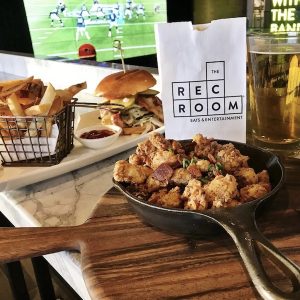 Cineplex’s The Rec Room will open in late 2019 in southwest Winnipeg. (@THERECROOMCA / INSTAGRAM)

It’s called a social playground for grown-ups and it’s coming to Winnipeg.

Cineplex will open The Rec Room in the city’s southwest late next year, touted as a live entertainment and amusement gaming experience spanning approximately 40,000-square-feet.

The Rec Room will include ‘eatertainment-style’ dining options with more than 110 amusement games, where credits earned can later be cashed in at a redemption store as tracked via RFID wristbands.

Classic games will include air hockey, pool and ping pong, while feature attractions could be virtual reality, luxury bowling and axe throwing. 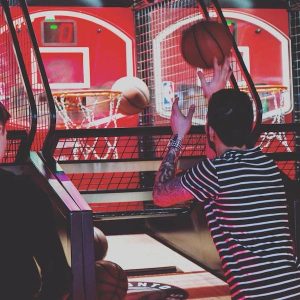 “When people think of Cineplex they typically think of our film exhibition business, but I’m excited to show the Winnipeg community that we’re about more than movies,” said Ellis Jacob, president and CEO, Cineplex.

During a big game day, sports fans can also grab a drink in the bar and catch the action on giant HD screens. Musical and comedy acts will have a venue with a dedicated performance space ideal for live entertainment.

Cineplex operates four other locations of The Rec Room in Canada, including two in Edmonton, one in Calgary and another in Toronto. Expansion plans include London and Mississauga, Ont., St. John’s and Vancouver.

The Rec Room will be located at the Seasons of Tuxedo development on the southwest corner of Sterling Lyon Parkway and Kenaston Boulevard when it opens in late 2019.