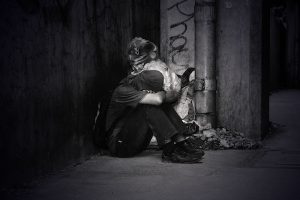 A new protocol is in place to assist Winnipeg’s homeless population and safely transport them to a shelter when in need.

The change also frees up emergency responders to better utilize their time to focus on life-saving situations.

The city is working with three community partner organizations on the initiative, the Downtown Winnipeg BIZ, Main Street Project and The Salvation Army.

WFPS personnel will remain with the patient until the community partner arrives on scene and transports the patient to one of three drop-in shelters based on availability and location.

The city says the new protocol has been in place since January 24, 2018 and has transported 22 people to drop-in shelters so far.

← Previous: Winnipeg Projected to Add 7,000 Jobs in 2018: Conference Board Next: Manitoba to Raise Parental Leave from 37 to 63 Weeks →
Tags: City of Winnipeg | Downtown Winnipeg Biz