Manitoba Opera Throws Back the Curtain on Classic 2018-19 Season 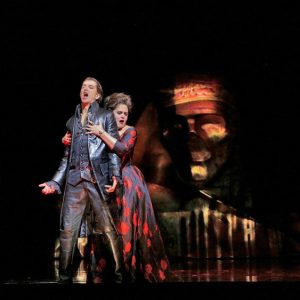 The Manitoba Opera will open the 2018-19 season with a classic Mozart production November 24.

The Opera has announced a season of legends, lovers, and laughs with the opening of “Don Giovanni,” considered to be one of the greatest operas ever written.

The new production tells the legendary story of Don Juan, the dangerous and irresistible cad whose incessant pursuit of women at any cost earns him a dramatic punishment as the supernatural demands his repentance. 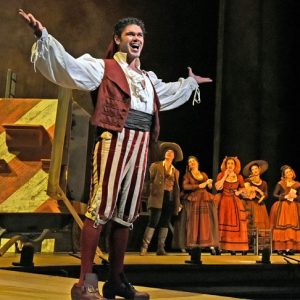 “Mozart is at the top of his game with the sublime music he composed for Don Giovanni and Rossini’s show-stopping arias and lyrical melodies in ‘The Barber of Seville’ simply sparkle.”

Both productions, sung in Italian with projected English translations, will also feature the Winnipeg Symphony Orchestra at the
Centennial Concert Hall.

Tickets are currently available by subscription only. Single tickets will be available beginning in September through the Manitoba Opera Box Office at (204) 957-7842 and at manitobaopera.mb.ca.

ChrisD.ca will have tickets you can win to Manitoba Opera’s latest production, La Traviata, playing April 14, 17, and 20 at the Centennial Concert Hall. Subscribe to our contests email alerts below to be notified as soon as the contest goes live in the coming weeks.