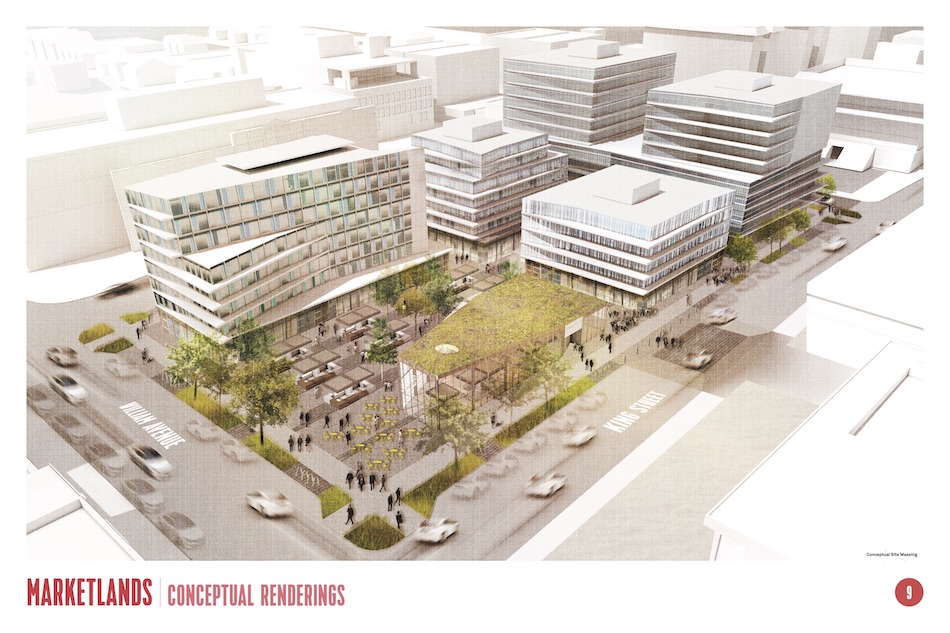 An aerial view of the future Market Lands development in downtown Winnipeg. (CENTREVENTURE)

Part of the plan calls for a new public market building, better connections to surrounding areas, such as Old Market Square and Chinatown, and a new pedestrian access way running through the site along Market Avenue. Outdoor public spaces will be surrounded by mixed-use developments with places to live, work, and play. 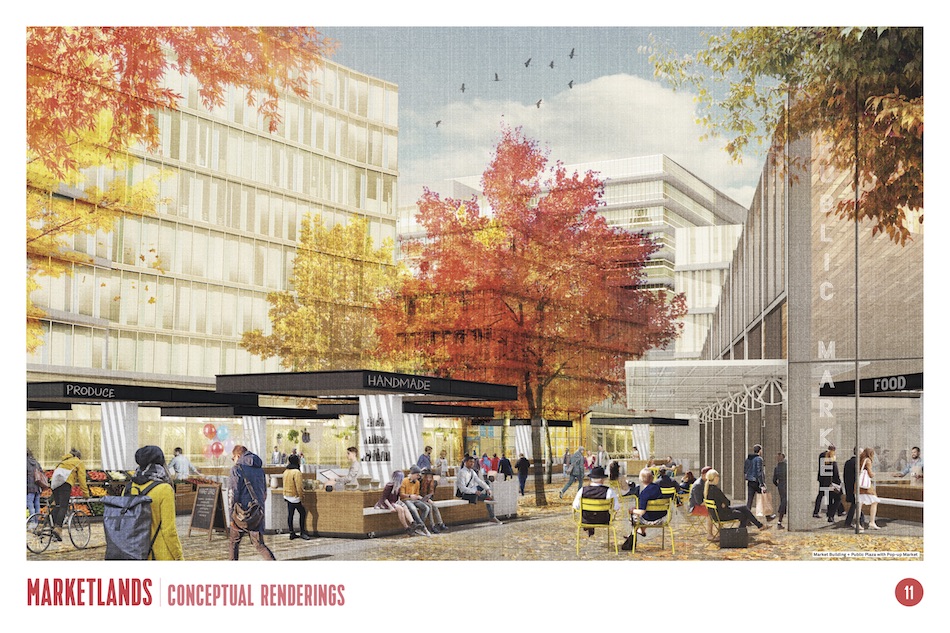 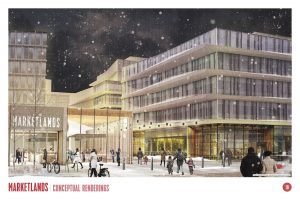 The corporation was tasked in January 2017 of coming up with a development plan for the former Public Safety Building and Civic Parkade.

“This vision and framework is built soundly on peoples’ ideas and aspirations for this important place,” said CentreVenture CEO Angela Mathieson.

“This collaboration will continue as we move forward and we encourage more people, businesses, and organizations to get involved in this historic opportunity to bring even more light and vibrancy to the Exchange District.”

The urban design framework was released at the launch of a three-day project open house at the Red River College Princess Street campus.

CentreVenue has also issued a request for expression of interest from organizations and businesses interested in occupying space at Market Lands. A design competition is being planned for later this spring to further bring ideas for the southern portion of the site.

WATCH: This is #MarketLands, a future development for urban renewal in the heart of Winnipeg’s Exchange District. @centreventure pic.twitter.com/co2PGAFqG8